He had no idea why we were going to Kansas.

9 months earlier we had told Tucker he was getting a baby sister. He squealed. My heart leapt. He was so excited and felt strongly that his new baby sister should be named Parker. We told him we’d take it under consideration. And so the baby prep for all of us began-his little 4 year old heart included. We let him tell each of our family members-his opening line was, “So you know how I’ve been praying for a baby for EVER? Well… We’re getting a baby!!”  We talked about the baby more, started preparing him for what was to come. We told him he could choose a toy to buy for his new baby sister. We tried as best we could to prepare him for the exorbitant amount of crying, pooping, eating and sleeping this new being would do. He was unsure how he felt about all that.

6 weeks later  though, the adoption match fell apart. I was devastated. We didn’t tell him for a few days. As I knew it would be, when we finally told him, it was super emotional for all of us.

“But we prayed for her.”

“Why aren’t we getting this baby?”

“When will it be OUR turn?”

When the match with Molly’s birthmom happened, we still had almost 5 months before the birth. We felt so good and content about this match, everything was different than the last one. I still though, wanted to protect his heart in the slim chance this match didn’t come through. So we waited several months into the match before we told him about this new baby girl. We finally decided to tell him about 6 weeks before her due date. We told him right before bed:

Us: “Buddy, guess what. We have something cool to tell you. YOU… are going to get a baby sister!!”

5 year olds have a fuzzy concept of time-so we knew once we told him, he would have a hard time understanding when the baby would actually be here. So, we always answered his “When?” questions with “Soon.” He didn’t bring it up too often after that first week since we kept him in the dark on when we were actually getting her. We kept life as normal as possible as we prepared behind the scenes to get ready for Kansas. He didn’t realize it, but as the weeks narrowed down, I spent purposeful time planning outings and family dates with him squeezing those last only child days for all the fun we could find.

As we got closer, we had to make the sticky decision of whether to take Tucker with us to Kansas or wait until we got back home for him to meet the baby. We knew we would be gone for 2 weeks or more-and we felt like that was a long time to be away. The more we talked about it, the more we really wanted him there-this was a gigantic family moment.  We wanted him to look back and remember being part of it.

And I really wanted Tucker to be the very first one to meet Molly.

Tucker had no idea where Molly was being born, and had no idea that we would be leaving NC for the last time as a family of 3. My parents graciously caravanned the 2 days with us to the beautiful sunflower state. Tucker knew only that we were going on a long vacation and that (bonus!) nana and papa were going with us! When we arrived, we toured around Molly’s hometown and found all the cool spots for kids. Even after we arrived, we did not tell him why we were there. Even though we felt so good and confident about Molly’s birthplan and knew that her birthmom was resolute in her decision, we wanted to be cautious. The first time Tucker laid eyes on his baby sister, we wanted it to be complete. No more surprises, no more disappointments.

The day after Molly was born, it was finally time. Even as my mom put on his “Big Brother” shirt, Tucker had no idea that he was about to ride over to the hospital and meet, before anyone else, his Molly. For the rest of my days I will always remember his face when he walked in the room and realized what I was holding and what that meant.

You can watch that moment here: Tucker Meets Molly

The days after her birth, we waited to get approval from Kansas to take her out of the state and waited for North Carolina to give us approval to bring her into the state. We had no concept of time. No idea what day it was. It was the sweetest time of the 3 of us getting to know this beautiful new creature who, after a 3 hour drive to the Topeka courthouse, was now a Hucks. Tucker’s observations of his new rookie sibling were sweet and funny and heart filling.

That first week in a hotel suite in the middle of Kansas-he learned and helped feed her a couple of times. Practiced his patting technique for burping her. Wondered aloud why she couldn’t yet walk. And observed our prophecy in full effect-as she did indeed sleep, eat and poop with fierce frequency. He quickly began to understand after only a few days, that having a baby sister, while she could not build magnet tiles with him (Come ON Molly) that having a baby sister had some advantages.

We finally got the clearances we needed from both Kansas and North Carolina and it was time to trek home with this squishy, wrinkly, little human. 3 days in the car with a newborn, seventy-hundred states crossed with only the redemption of sweet road trip snacks later-we were almost home. Sometimes we would catch Tucker whispering to his new baby sister. Still unsure how long she would actually be here and not totally sure what to do with her, watching him work out in his 5 year old mind how this sibling pairing worked was, in a word, adorable.

Driving into our neighborhood 3 years after this whole idea started was as you would expect, surreal. Tucker beamed next to the stork in the yard proclaiming his big brother status. He was happy to be home. Every few hours in between his blissful uninterrupted viewing of more TV than he’s ever watched before (I mean HOURS sweet readers, I’m not one bit ashamed) he would check in on Molly. For exactly 2.7 minutes, then back up to his playroom to resume Wild Kratts binge watching. Lest we figure out how long he’d been up there. A few weeks in, we had all finally eased in to newborn-hood and I let out the breath I’d been holding for the last year.

She was here. She was real. She was our’s.

Tucker also began to understand that Molly was here and she was evidently permanent. There has been nothing so soul-swelling than watching him interact with her. He is gentle and funny and so big-brother-ish. He protects her. He worries about her. He thinks she’s funny and smelly and cute. He wishes she cried less. And that she could play Legos. Yes, that would be amazing, I told him. He makes up songs to sing to her in the car when she’s crying. He shows her every single Lego man, animal, boat, robot and contraption he’s built. She follows him around with her eyes the minute he enters the room-she smiles wildly at him. Having to wash his hands before he holds her is a drag, so it’s a genuine internal conflict in his eyes sometimes as he ponders whether it’s worth it (we’re 50/50 right now). In general, he loves that she’s here and adores her.

One night, about 3-4 weeks after she was born I was tucking him in. We covered many topics-whether black footed ferrets could win a race with a hedgehog (decidedly no), what flavor of ice cream we might get tomorrow (mint moose tracks) and could we possibly go to Disney World this weekend? (we’ll see). Then we got around to the topic of Molly. How did he like having a baby sister anyway?

“Mommy. I think about her every night.”

You do? What do you think about?

“All the love she has inside her.”

Verbatim. Those words. In that order. From his unfiltered heart.

I could try to describe her story and end this series with tons more words and eloquent flair.

But there’s no reason.

She’s been loved at every point of her existence. It lives within her and shines out.

Even a 5 year old can see that. 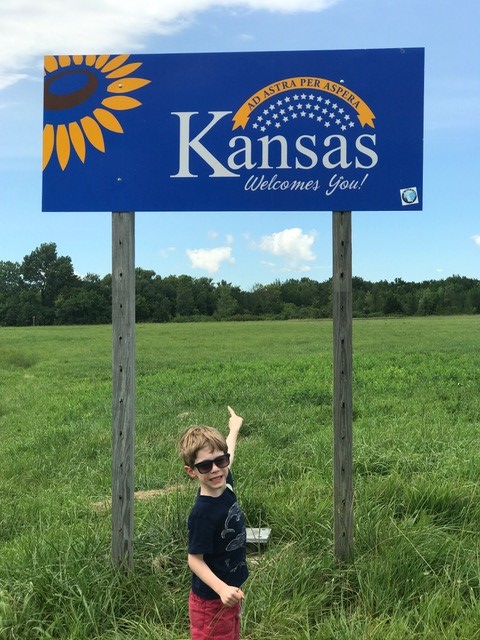 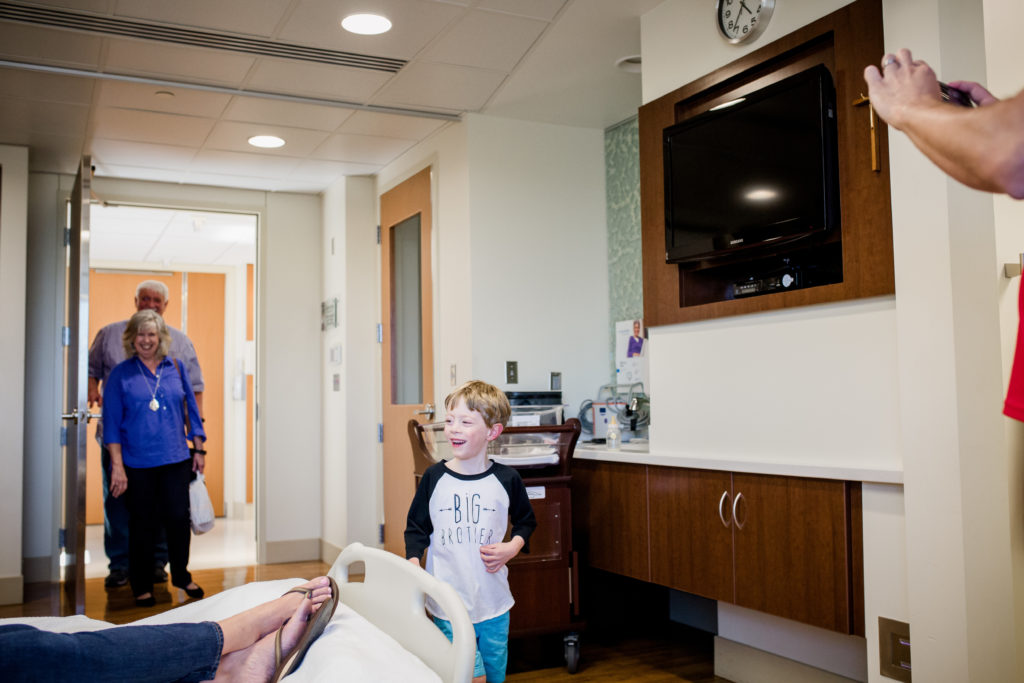 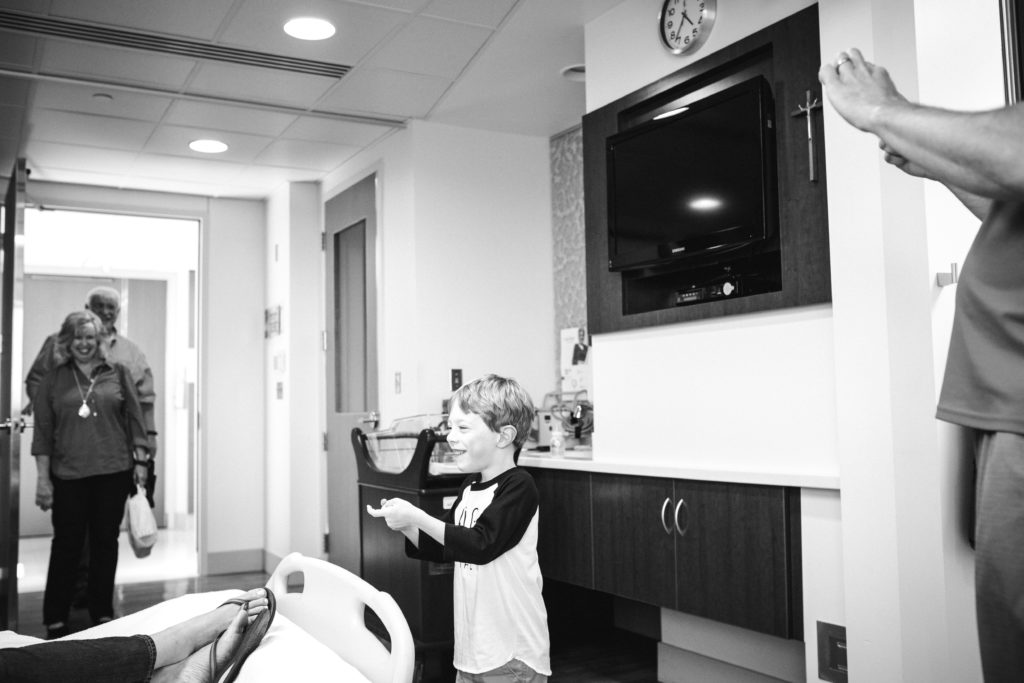 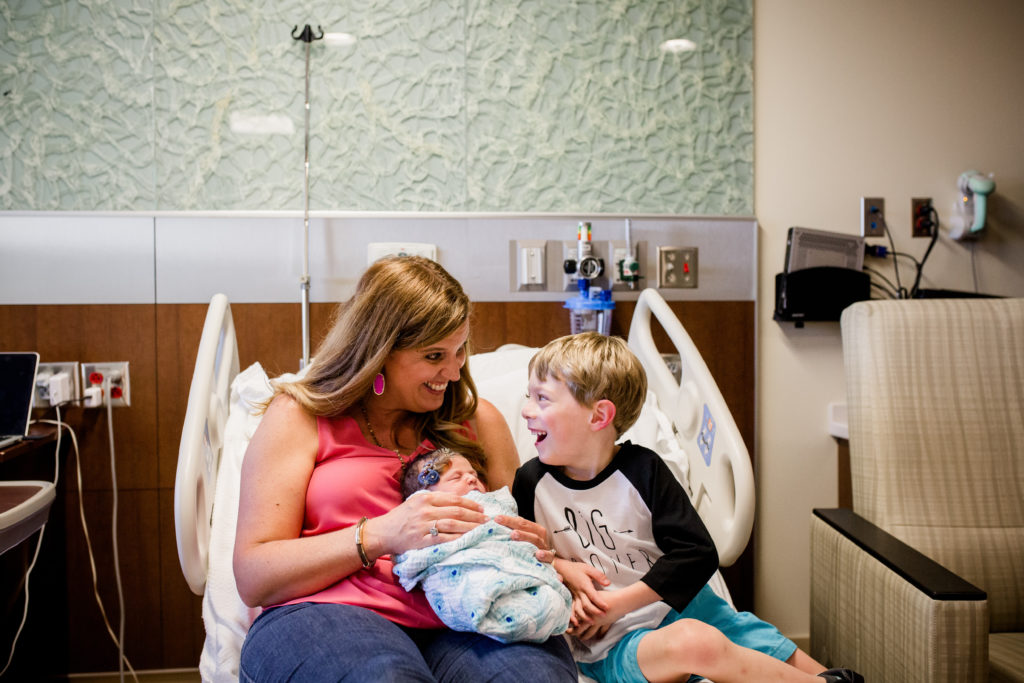 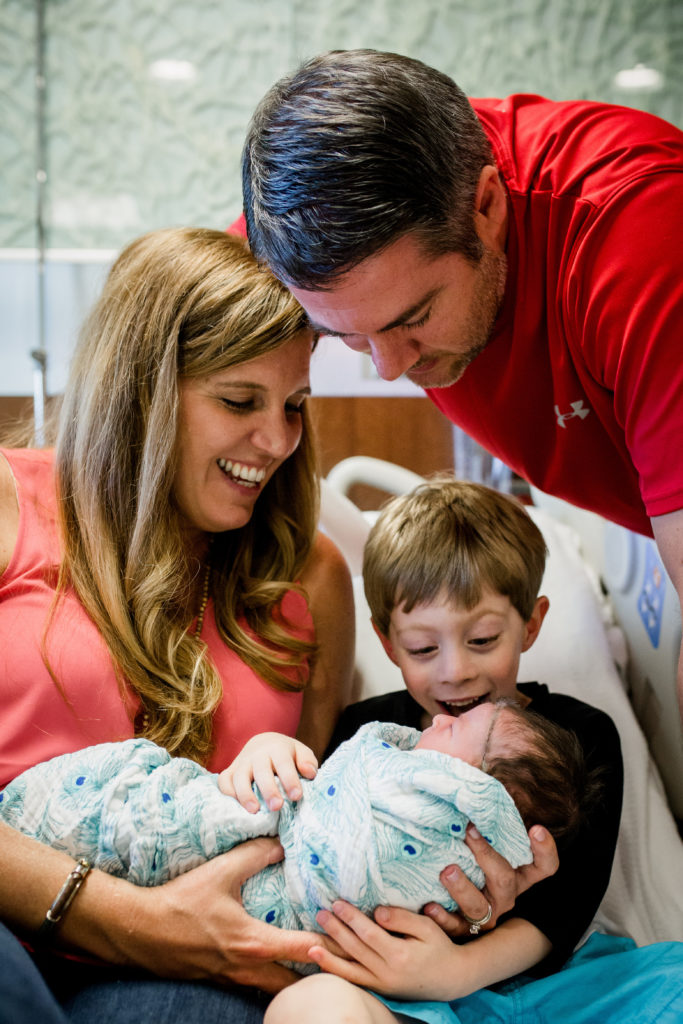 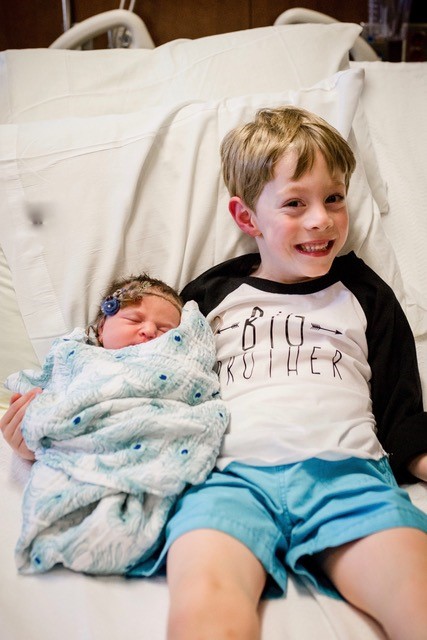 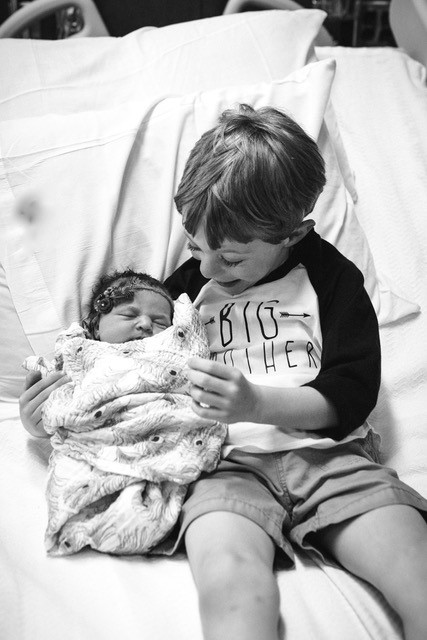 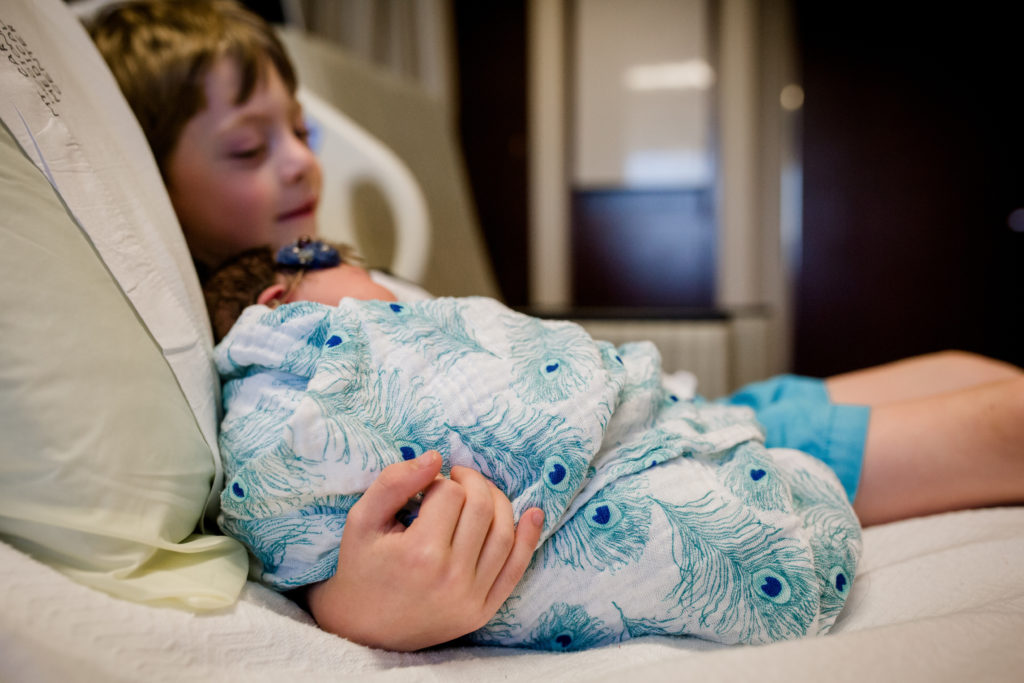 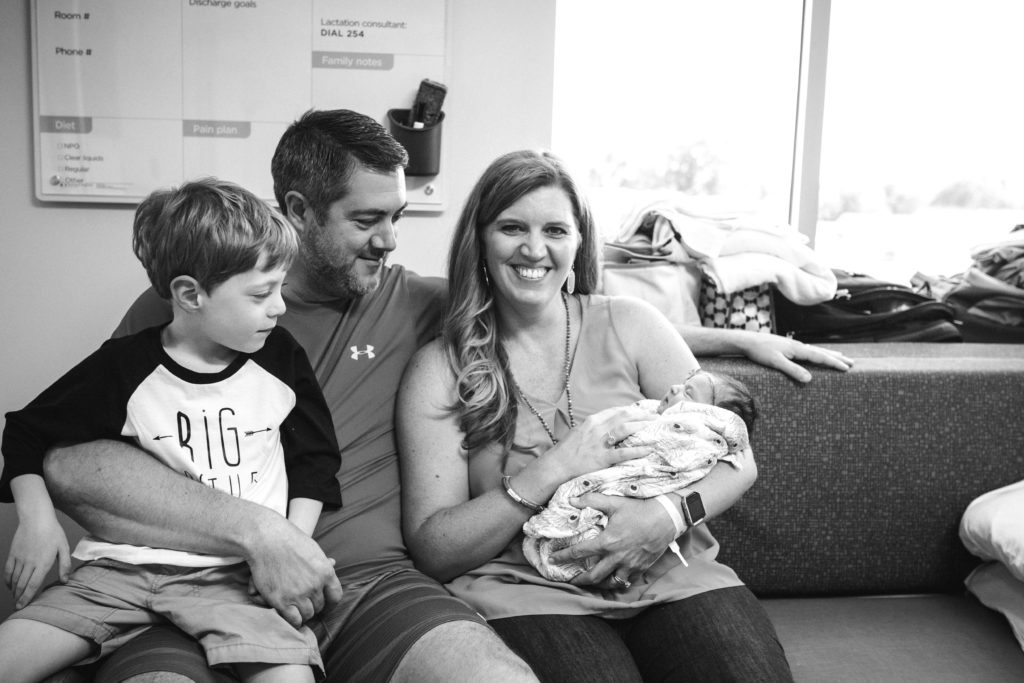 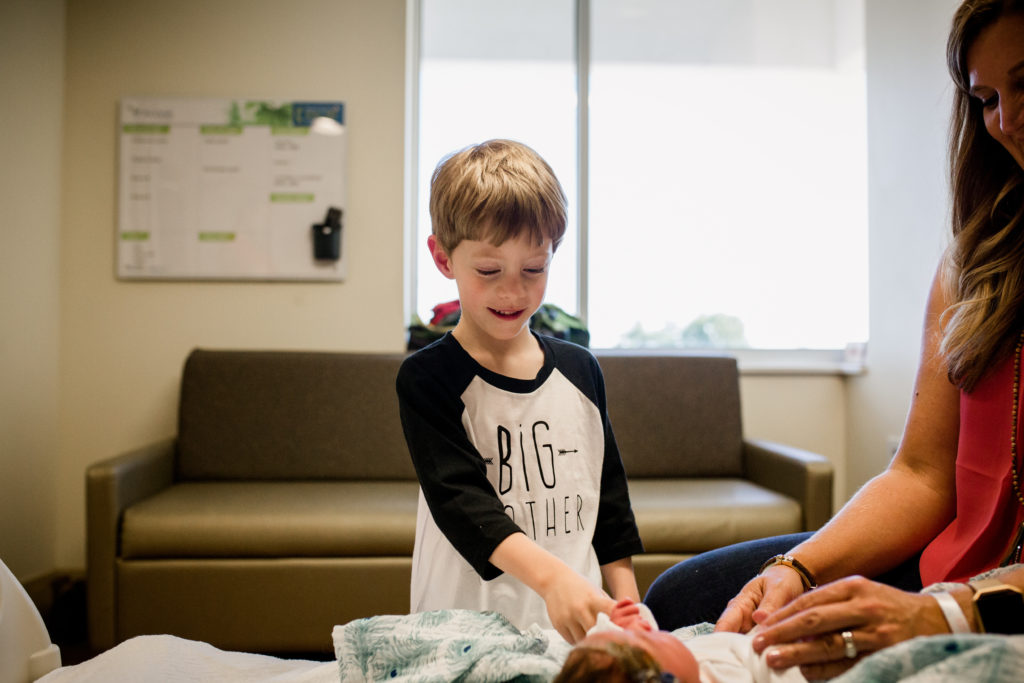 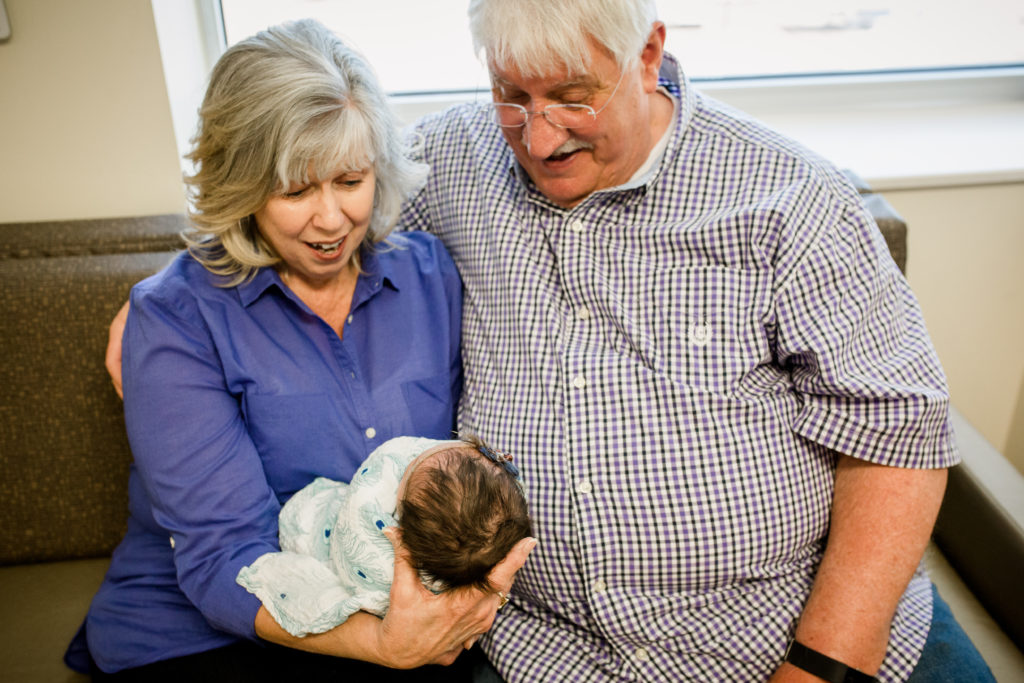 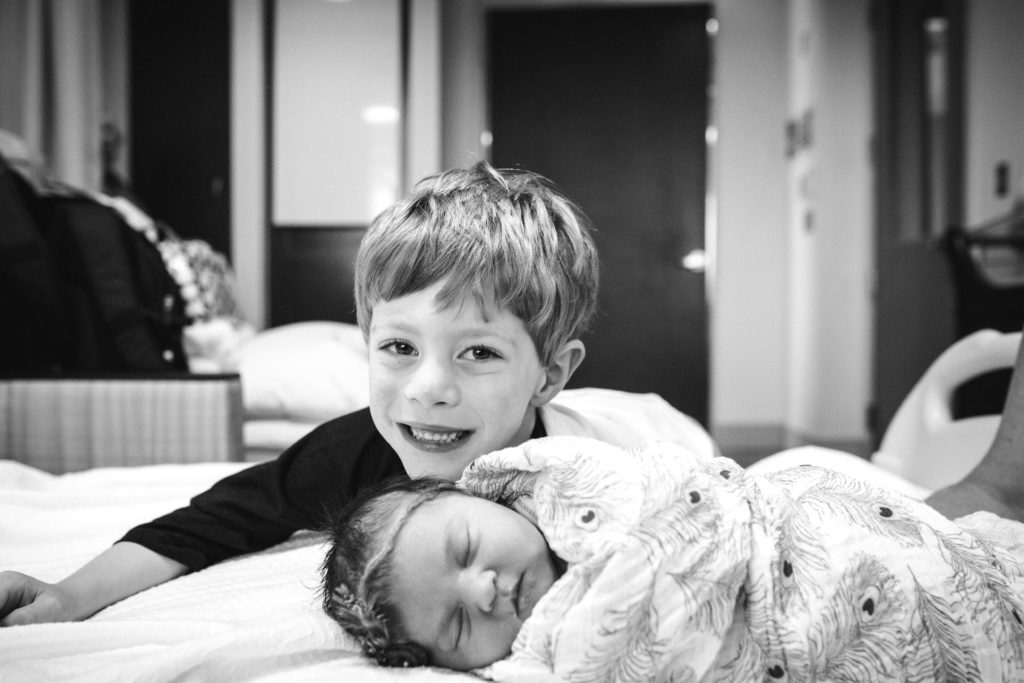 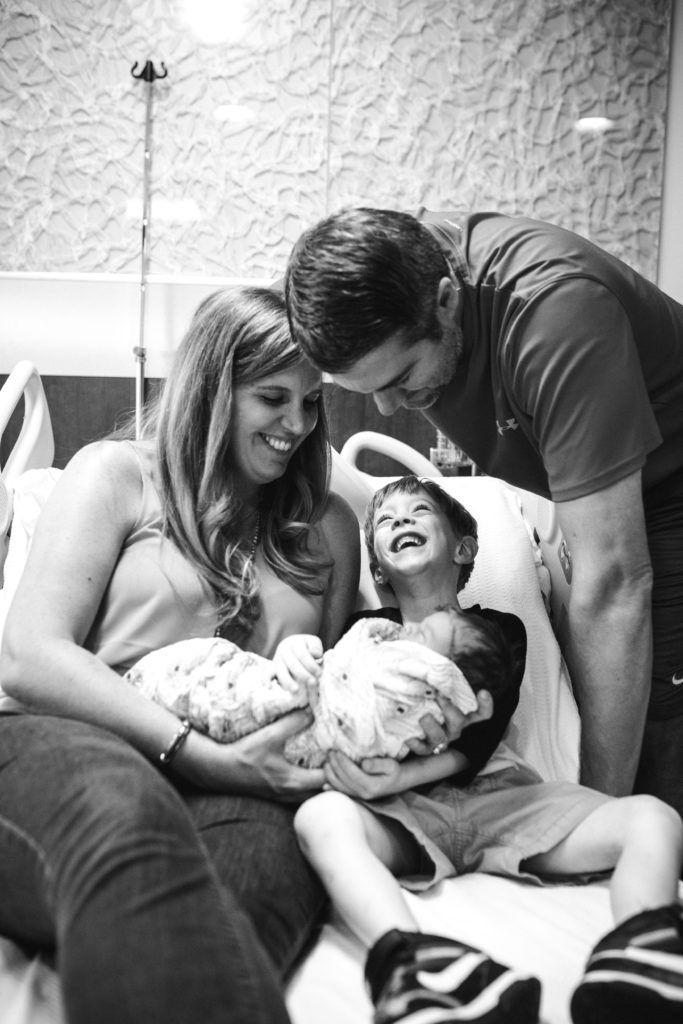 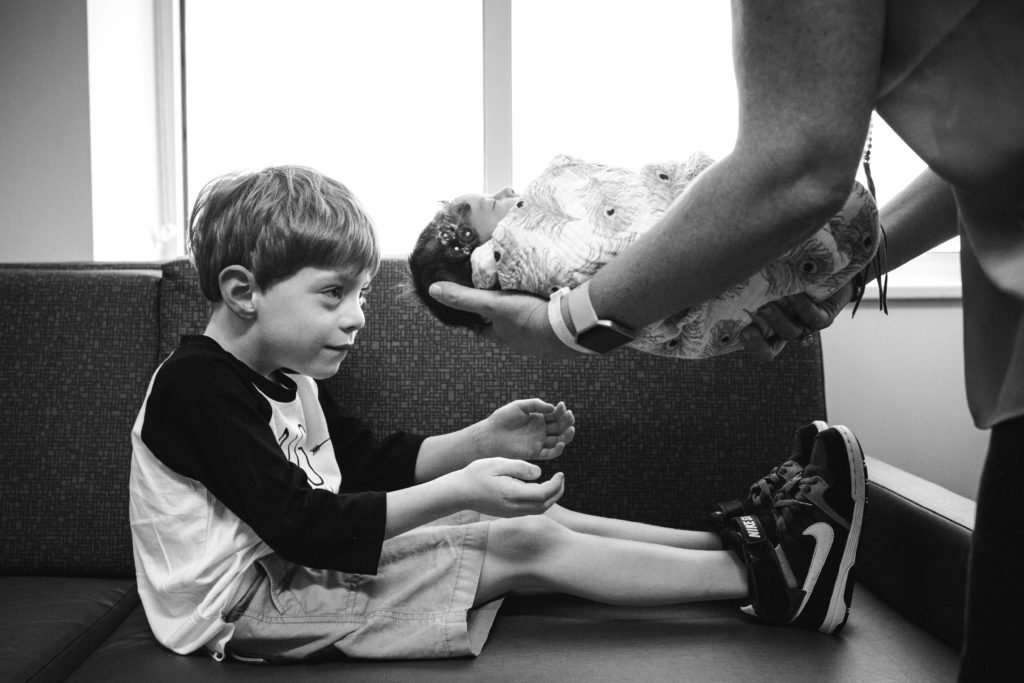 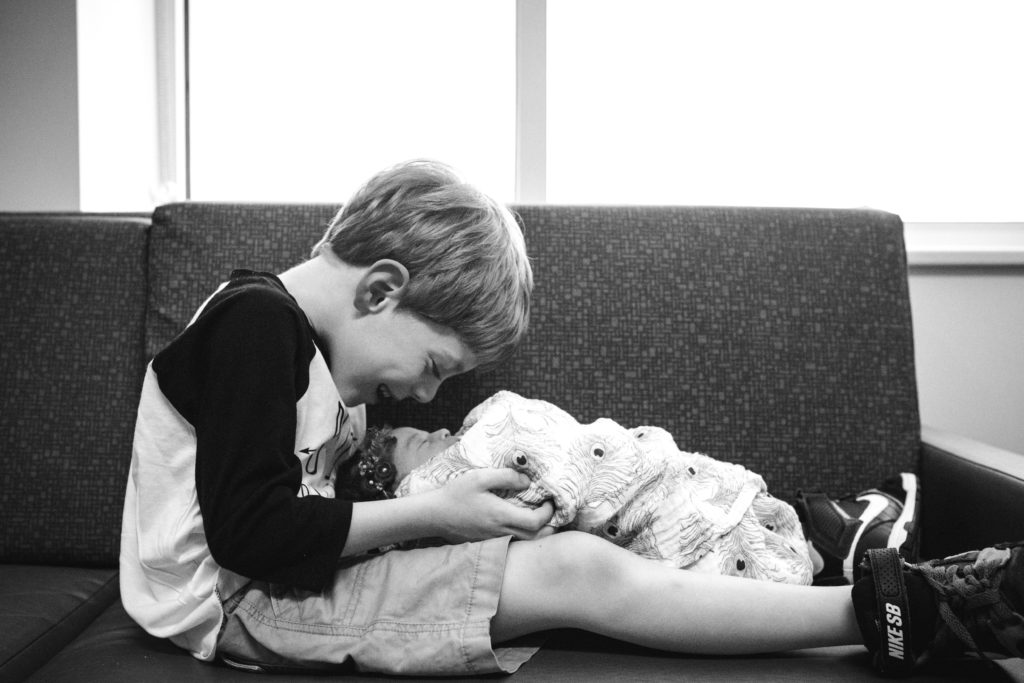