Christmas Eve. Me. Two Boys. A few Pinterest recipes, White Christmas and technology. No family. No cousins. Or Neighbors. No Grandparents. Or friends. Just a small, perfect, party of 3. It was not what I pictured. Way back when. Way back when we first started trying for a family. Blissfully naive to the notion of ‘unexplained’ infertility. To loss. To a place called the NICU. Nope. Not what I imagined at all. Our house that first Christmas with a new baby would be crowded. We would show off our new baby in his Christmas duds at the Christmas Eve Service. The whole family would come back to our house for soup and cake. The pictures would be relentless. Cousins next to the tree. Couples next to the garland. Grandparents next to the stockings. Stockings that had a new friend, one freshly embroidered with the newest Hucks member’s name. We would take our cute new baby caroling. Ok. Getting carried away. No chance of Darrin caroling…with or without new baby. I had it all planned though-that first Christmas with our new babe. It was going to be all Pottery Barn/Normal Rockwell/It’s a Wonderful Life.

But our Christmas this year, didn’t look anything like that. It was lacking. Lacking stress. And lists. It lacked hospital food. And monitors beeping. It lacked head ultrasounds.  And feeding tubes. It lacked rushed trips to the mall. It lacked hours logged in the car traveling out of town. It lacked sadness and loss. And it lacked calls in the middle of the night to the nurse to check on our baby. So yeah, it was lacking. But it was pretty perfect.

We had no schedule. I made recipes I had pinned all year and had never gotten around to making. There was a stocking. Freshly embroidered. I made dinner. We ate on the china. By candlelight. Our cozy party of 3. We Skyped with Tucker’s nana and papa (papa had a cold. boo), we Skyped with his cousins…who love both Tucker, and seeing themselves on camera :-). We watched our church Christmas Eve service on the computer as it live streamed. Tucker wore My First Christmas pajamas. Darrin wore basketball shorts. We told Tucker the Christmas Story. From memory. I’m not sure there was a horse in the manger scene-I got carried away. Again. We read the Night Before Christmas. We prayed with Tucker. We thanked God for all that our Christmas was lacking. And all that it had gained. I cried. Again. And we put him to bed on his very first Christmas Eve. There were pictures. There was no caroling. Unless you count my singing every. single. word. to all the songs in White Christmas. It wasn’t how I planned it way back when. It was exactly how God planned it, here and now. We were present. And reflective. And thankful. For the baby sleeping under our tree and the one for which the night celebrates.

We missed our family and friends and look forward to sharing the holidays in person with them next year. Speaking of next year. We’re in it! 2013 is here and we rang it in. Quietly and asleep. Darrin got really sick the night before New Year’s Eve (please please pray that Tucker doesn’t get it), so Tucker and I retreated to the downstairs, leaving a trail of Lysol behind us. So New Year’s Eve, me and my teething date bundled up and picked up dinner for the 47th time from isolation-friendly Outback Curbside. Darrin stayed quarantined to the upstairs and Tucker and I watched Dick Clark’s New Year Rockin’ Eve. At least the first hour. Then Tucker man fell asleep and I put him down in the pack n play. Which is situated dangerously close to the kitchen. This is how it came to be that I found myself in the laundry room. With the door closed. And a hand mixer. Mixing brownies. Me and Ryan Seacrest started the countdown and I enjoyed my last brownie of 2012. The whole house was out by 9:30. There are lots of things I want to do in 2013. Lots of milestones for Tucker. And in just 2 months…our little drooling, teething, cantankerous baby will turn 1. Wow.

We’ve got some big appointments coming up. Tomorrow is RSV shot #3. Tucker has his second hearing exam next week and he’ll have his 10 month check up this month too. He still isn’t sitting up unassisted yet, but he’s really close. If he’s occupied with a toy in front of him, he’ll sit for about 15 seconds holding on to it before he topples. We haven’t heard back from his monitor download-hopefully we will this week now that doctors are back in the office and we’ll let you know. He’s had some alarms, they may be lead issues, so we’ve changed leads and that seems to have helped.

Hope you had the merriest Christmas and New Year. I would love it if you would pray with me for the people in our lives and your’s that are still waiting for a baby. The ones for whom the holidays mark another year gone by without the thing they wished for last Christmas.Infertility is hard all the time, but even more at the holidays it seems. And it’s usually suffered alone. Not the kind of thing most people feel comfortable sharing. So it can be lonely too. So, say a prayer for them-that they would be able to bring home a baby before next Christmas.

Thank you for following us over the course of 2012…and for all that you have done for us. We are looking forward to this year. We have some high hopes. And I have 364 days to talk Darrin into caroling.

Thanks be unto God for his unspeakable gift.  2 Corinthians 9:15 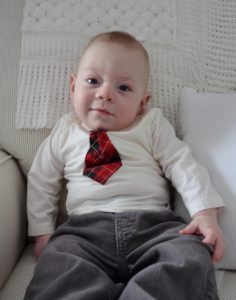 Gettin’ my swagger on to start the holiday. 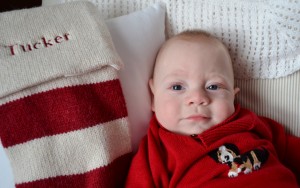 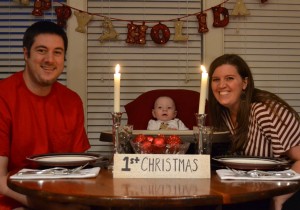 Hucks. Party of 3. Thank goodness for cameras with timers. 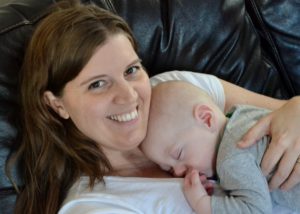 One of the best things about our holiday. 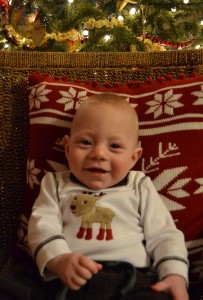 2nd best thing about the holidays. 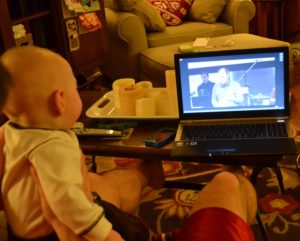 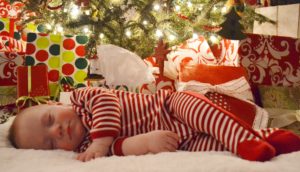 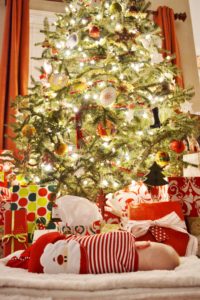 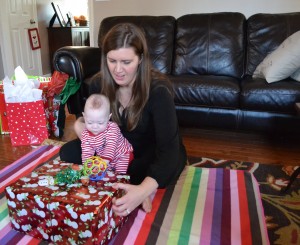 Wait. These are for ME? 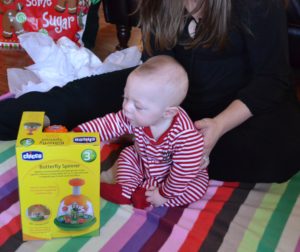 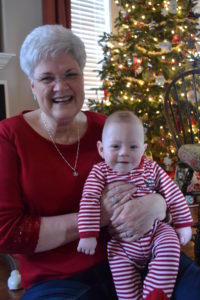 Maw Maw and me. Maw Maw was the only one without a runny nose that was allowed over on Christmas Day. 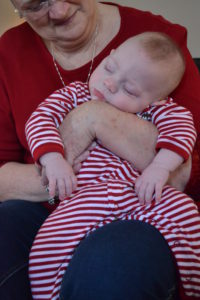 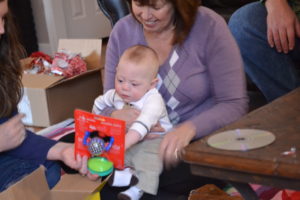 Finally nana and papa got to come over a week later…after their colds were gone. And they brought more presents! 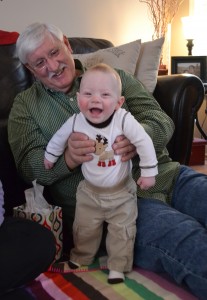 Me and Papa. He is big and I am small. We make a good team…mama and daddy knew what they were doing when they named me after him. 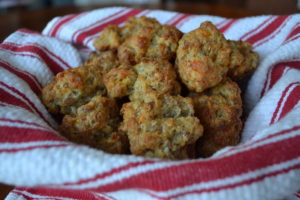 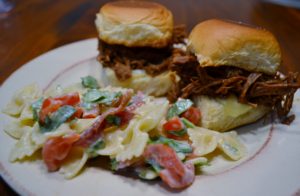 Um. These were awesome. And super easy. Pot Roast Sliders (in the crock pot) and BLT Pasta Salad. Recipe link below. 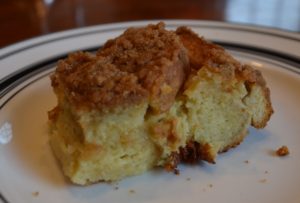