“There are moments that mark your life. Moments when you realize nothing will ever be the same and time is now divided into two parts, “Before this.” and “After this.”   -Author unknown

We’re 30 days and counting. Isolation is technically over on April 1st in our region. For a micro preemie, typically 2 seasons of isolation is the recommendation and so this will be the last for us. As we approach the breakout date, I find my brain and heart full of thoughts. Tucker came home from the hospital close to cold/flu season so we immediately went into isolation when we got home. Apart from the few short months this past summer when we were isolation free, we have been secluded from the world for 2 whole years. 730 days.

We are not the same people we were 730 days ago.  This experience, this time circled on our life calendar, has changed us. Our perspective shifted. Our human-ness and the flaws that come with it were revealed, as happens often in crisis. Our faith, tested. Relationships have changed. Some didn’t survive. Our marriage has evolved, and strengthened, and we know that this is something for which to be grateful because it doesn’t always happen that way.

There’s a new lens between us and the world. We see things, people, circumstances, differently now. The fragility of life is burned in our memory and we can call it to recollection oh, so quickly. I talk to people differently. I talk to God differently. Vulnerability moved from the column labeled weakness to the one labeled strength. I see it’s value now. Our compassion and charity have a focus, the causes are familiar to us.

730 days ago, we were just different.

And so, I’m not exactly sure how to re-enter the world. Don’t misunderstand me, I am giddy that we are in this place that we couldn’t imagine 730 days ago. I am also a little nervous. Are we ready? Is he ready? For non sanitized park swings. And dinner parties. Baby showers and small talk about normal pregnancies. Am I ready to see kids his age doing things he might not be doing yet? I’m nervous to rip off the tag-the one I keep sticking to him that says, “Hello, my name is micro-preemie.” It’s time to let him out of the bubble. Time to start letting him move through the world as a toddler, instead of a NICU graduate. And I’m not sure I’m ready. I’m unsure how to re-enter our same environment from two years ago, but as different people.

Will I still get out of line at Target if I see the cashier sneeze? I’m not sure I know how to go to a restaurant and not ask for the corner table and wipe down the menu, silverware and table. Will I really be able to let him walk into the church nursery where there will be (gasp) other children, one of whom will surely have a runny nose. And will I be able to resist telling the teacher that he’s a preemie and to watch him, and make sure he’s breathing, and don’t let him touch anything, and could she just maybe take this little can of Lysol and spray everything before he touches it? This makes me panicky.

Everything about the last 730 days has been about Tucker’s non-traditional entry and existence in the world. Our precautions (some might say ‘over-cautions’), were warranted and justified. I have no guilt about that. This time and our isolation bubble was right for our family and it protected Tucker. It has worked. The very first pulmonolgist appointment we had after discharge, the doctor told us to expect to be back in the hospital at least once during the first RSV isolation season. He said even the best precautions during isolation were usually not enough to keep these little lungs virus-free. I will not jinx us with only 30 days left, I will just tell you that hand sanitzer, Clorox and lockdown works ya’ll.

But as we get closer to freedom I know it is the right time.  The right time to start moving away from all-things-preemie and moving towards all-things-life. I love this post from another mom, Kasey, who interviewed her once-preemie, now 13. Essentially, her daughter tells her that being a preemie hasn’t been nearly as big a factor in HER life as it has been in her MOM’S. Wait. Hold the phone. Say what? Basically, this once fragile one pounder says throughout the interview, that she doesn’t move through life as a “former preemie”, she just moves through life. As a teenager. Who has scars on her belly that she sometimes explains to friends and sometimes doesn’t. She admits that there are times when she doesn’t really want her mom to tell people she’s a preemie. Gulp.

So yes, it’s time. It’s time to just let Tucker be 2. With no labels and few limits. I don’t want to hold him back. I don’t want him to have a preemie-filter view of what he can or can’t do. We’re 30 days from the last isolation season ever. It’s time for Darrin and I to plan some cookouts. With actual other humans. Time for Tucker to have playdates and swimming lessons. Time to drop him off at a friend’s house while I run an errand to Home Goods (where I will still wipe down the cart. Small steps people). Yes, we have therapy appointments, milestones to hit and preemie causes for which to advocate. And those won’t stop. But it’s time for us to roll back the stone on the hibernation cave and push this cub out into the real and germy world and let him explore what it’s like to just be, Tucker.

My life will always be measured in two parts. Divided by the time before this experience and the time after. I am not the same person I was 730 days ago. I will probably never leave the house without hand sanitizer for as long as I live. And for now, the breathing monitor will still blink under his mattress. But I am ready (and maybe even a little excited ?) to see what awaits us on the other side of the bubble.

If you sneeze in my direction though I might still ninja-swipe you with a blast of Lysol. Those cat-like reflexes are hard to lose. 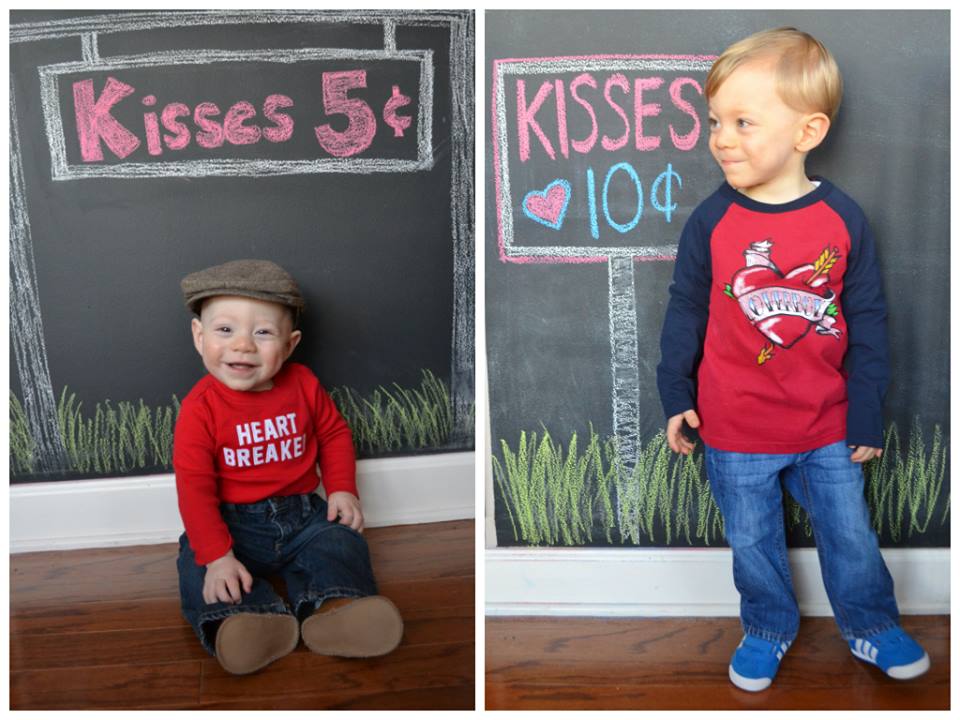 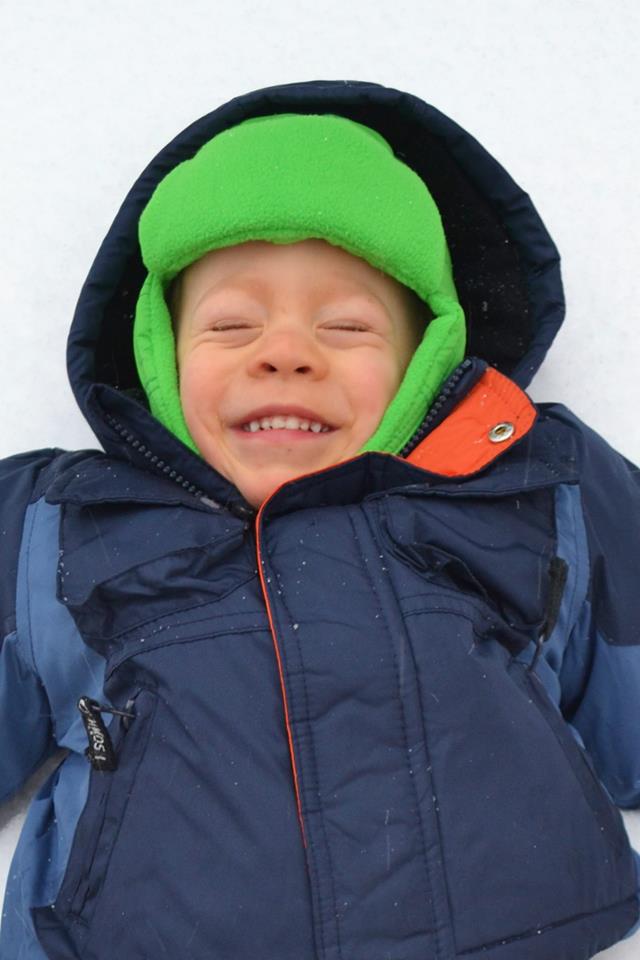 We get a “big snow” about once every few years. Tucker had a blast! 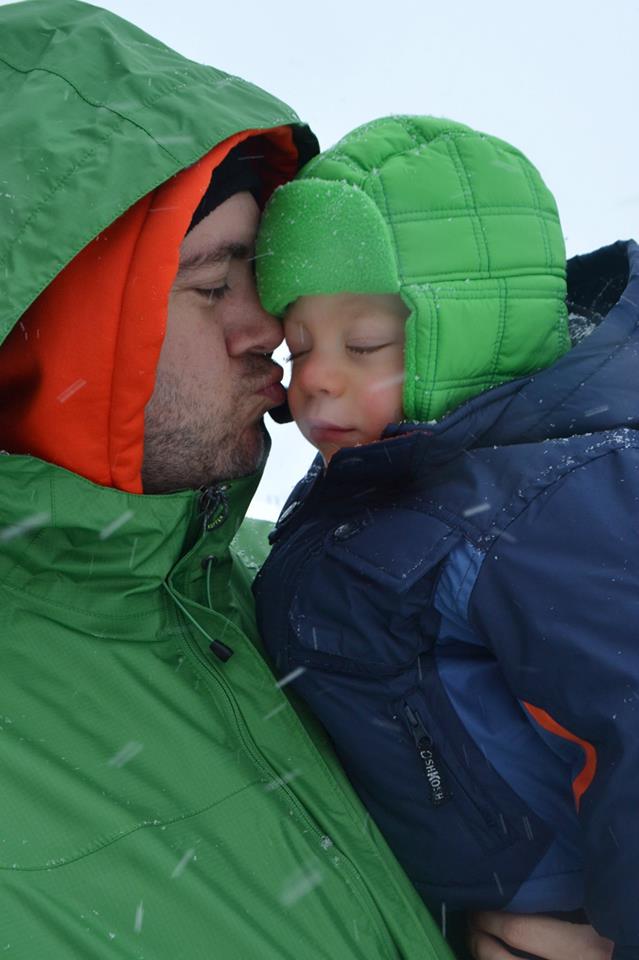 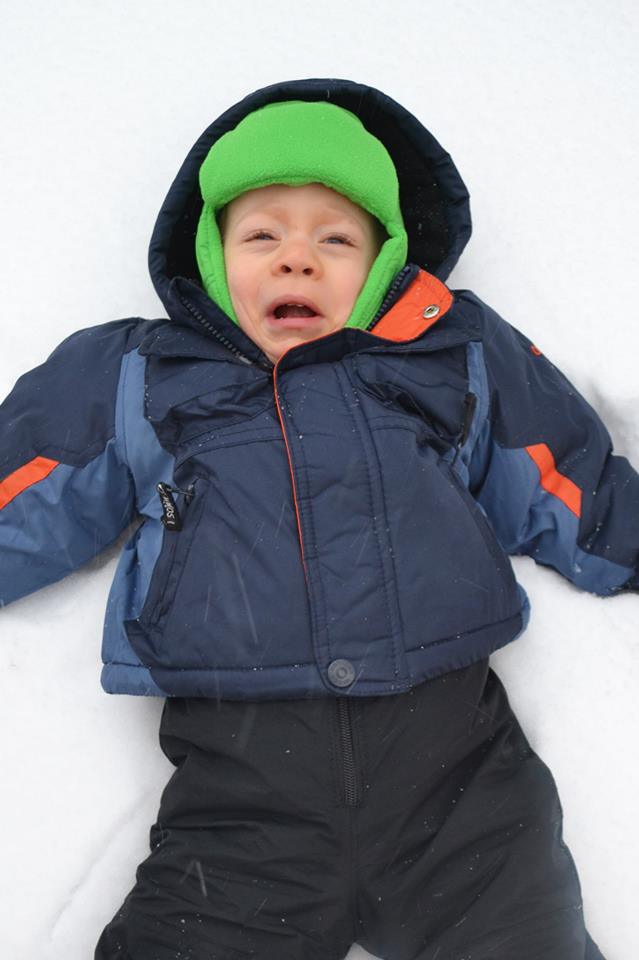 Not a fan after a while. He couldn’t get up, he was like a turtle on his back. 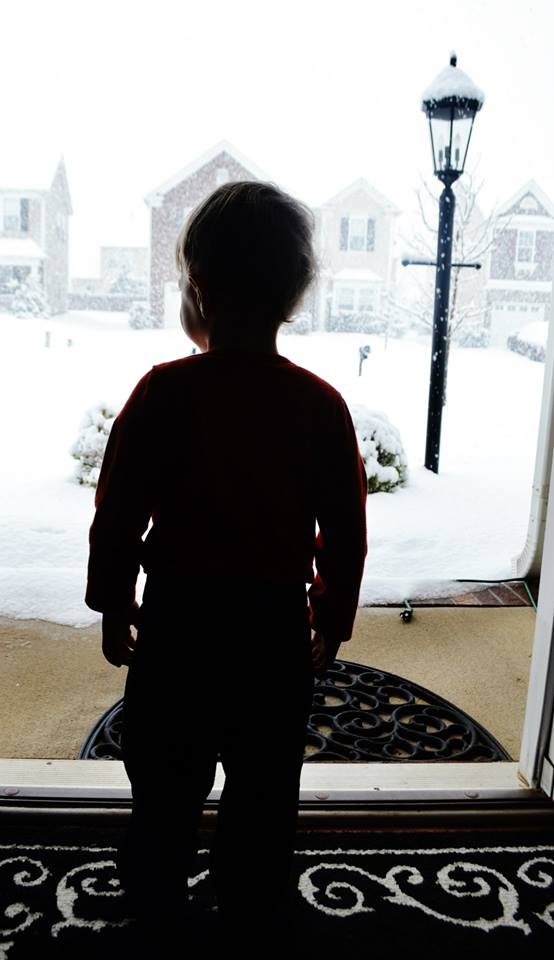 No sled=laundry basket. Arms get tired after pulling him up and down the driveway a million times. 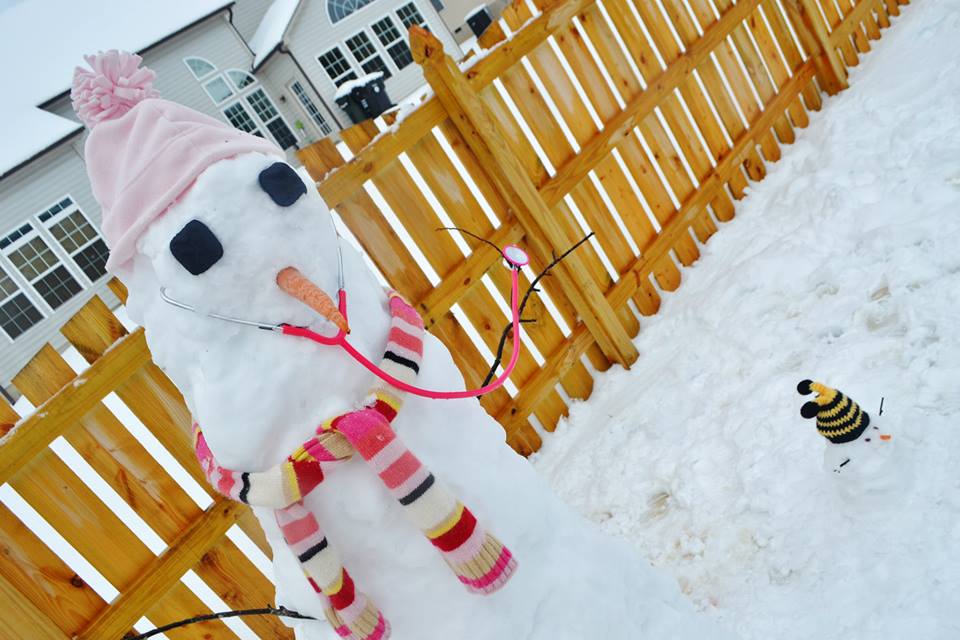 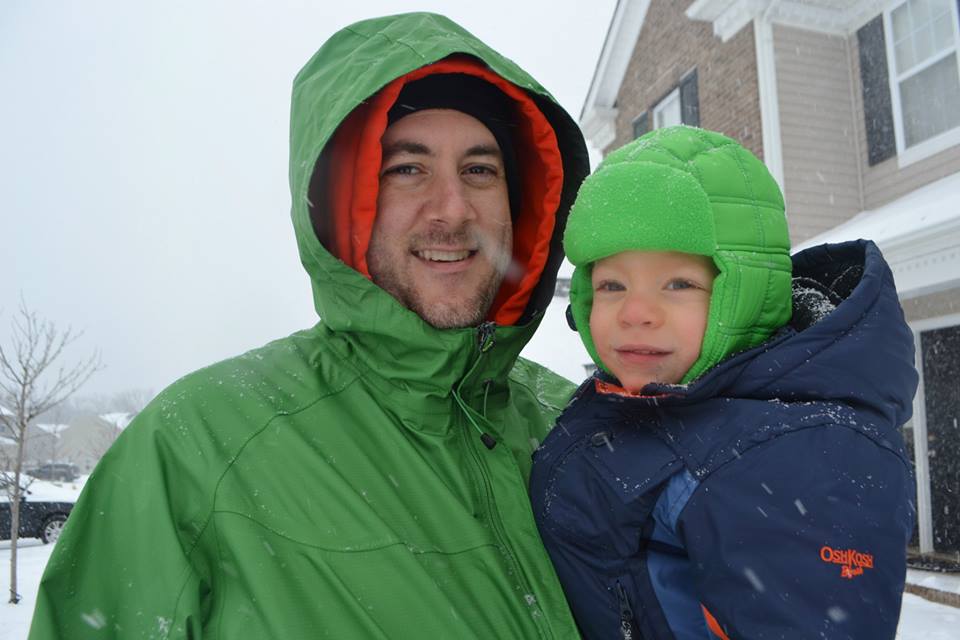 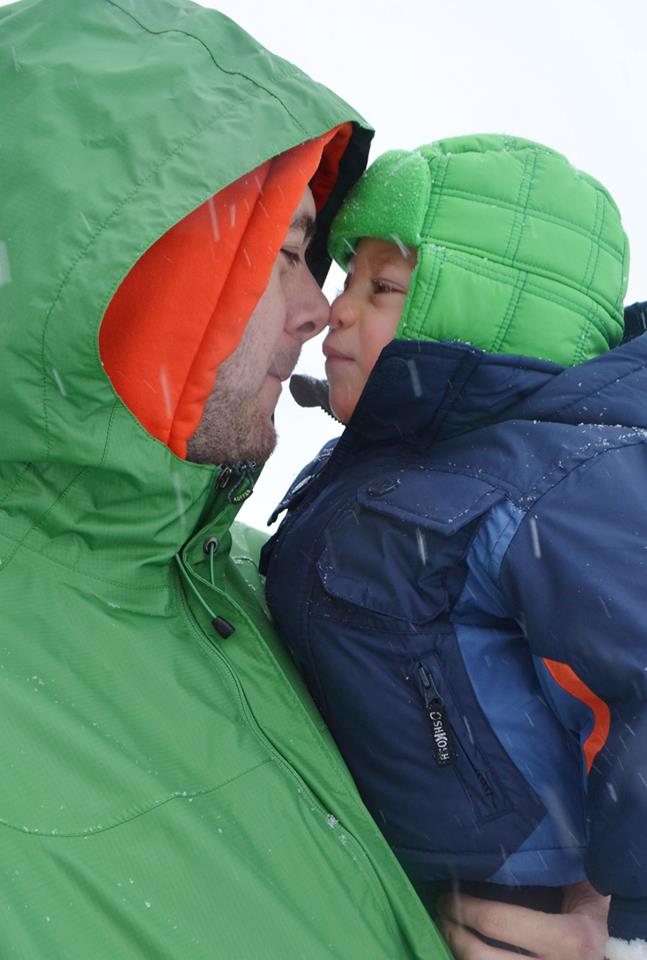 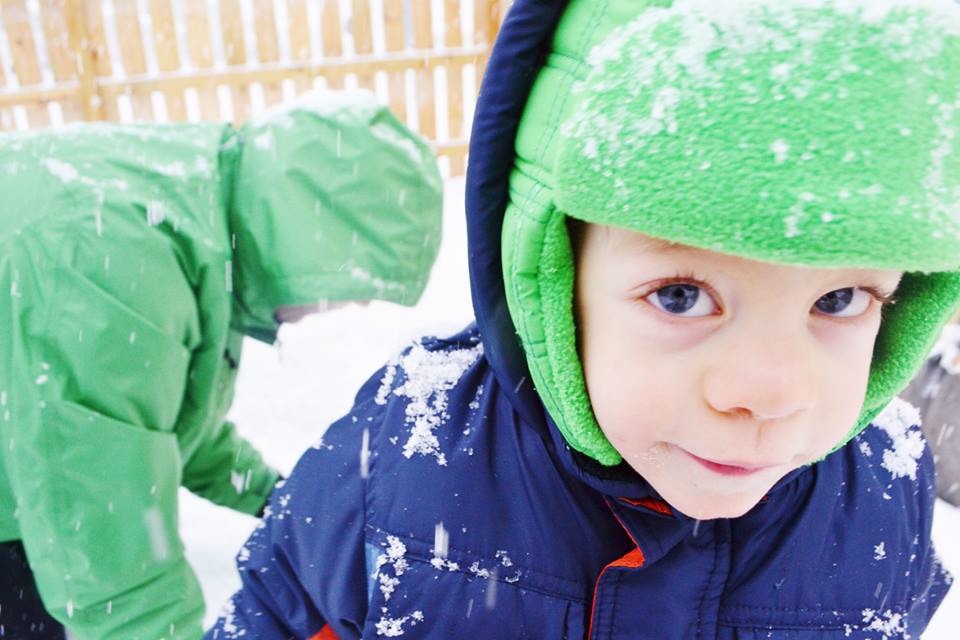 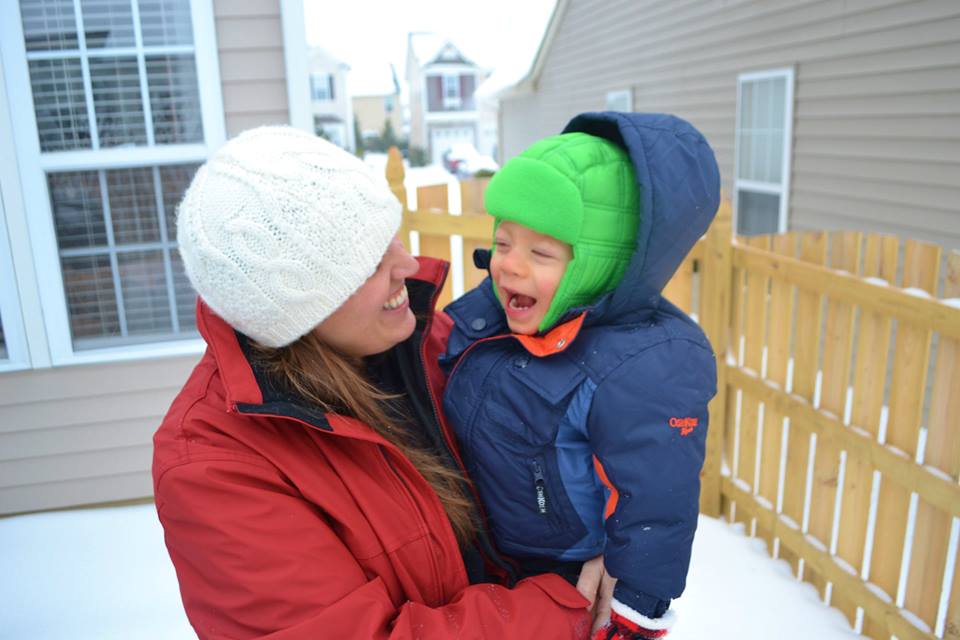 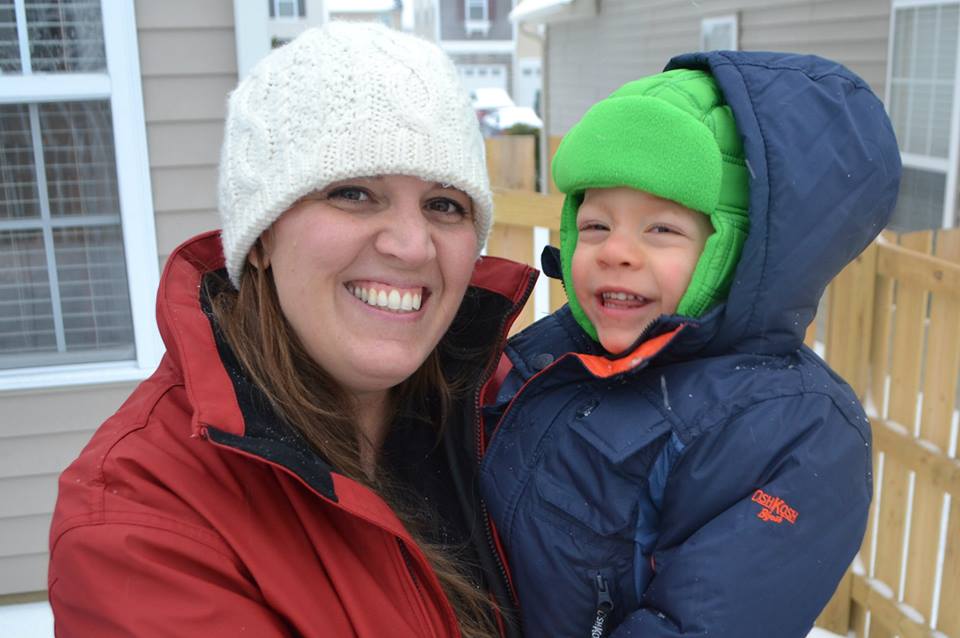 « An Old Fashioned Tucker Report
Did Someone Say Cake? »