So, it was a big weekend for Team Hucks. On Friday, we had the unbelievable opportunity to speak to a crowd of 20,000 Ronald McDonald supporters. It was quite an experience, and maybe one of the coolest things we’ve done, ever. We told Tucker’s story and gave much deserved praise for the Ronald McDonald House that served our family for 5 months. We love that house so much and were honored to be able to speak about the perfectness of it’s mission. It was surreal and wonderful. Tucker got a standing ovation and on cue, he waved to the crowd. Totally my kid.

Then on Saturday, I got a call that changed the entire weekend. On the other end of the phone was Kathryn, founder of Preemie Babies 101. In my last post I told you about the article I wrote about NICU nurses that went up on Preemie Babies 101. The post had really taken off with over 60k views. Kathryn was calling to tell me about a request she had gotten. Then she spoke 2 words to me that I had to ask her to repeat. Me: “Who did you say?” Her: “Huffington Post.” The post I wrote was going to be picked up by…wait for it…The Huffington Post. The same Huffington Post that gets 36 million unique visitors in one MONTH. Holy. Guacamole. I worked most of the afternoon on updating the Team Hucks blog-my bio would link to it, and I hadn’t updated some of the pages in while. And since I’m neither technically saavy or particularly patient, the task of updating plug ins and such, went about as well as you would expect.

On Sunday morning, as I waited in line at the bagel place to pick up lunch, I checked the Huff (only the ultra cool people call it the Huff) on my phone. I had already checked it a couple of times (read: all morning) .  This time though, a little black and white picture popped up. My black and white picture. Underneath the picture were the words, “Dear Nicu Nurse, by: Heather Hucks”. I resisted showing the other 12 people in line with me at the Bagel Bin, deciding it would be more awkward/stalky than cool.

I got home, showed my husband, picked at my bagel and finished the brownie. Priorities. I took a picture of the post. And video. The rest of the day I watched the post. I stalked it really. To see the comments. To see if anyone was recommending the article. To see if anyone had pinned it in the last 10 minutes. I got messages from people all over the world (one comment was from Australia-that’s like a whole other continent, so I stand by my proclamation of “all over the world”). By the end of the day I felt a little like this:

By Monday though, I was back on planet Reality. Don’t worry, they know me here. On planet Reality there is traffic, and dirty diapers, and a dent in the garage door where I misjudged the opening when pulling in my husband’s car (true story, happened Monday). And here, on Reality there is a home grown blog that is back to it’s few hits a day. There is a rookie blogger who incorrectly uses prepositions and uses correct grammar only half the time in her posts. But also on this planet there are new words from an 18 month old, fantasy football bets with the hubs and US Weekly’s in the mailbox to read. I’m not a cool blogger. I’m a mama and a wife. And sometimes I write blog posts. About things that amuse me. Or move me. Or sometimes about cupcakes. Don’t misunderstand. It was really, really cool to see my post blow up. It was fun and exciting to see how many people connected with the post. Mostly though, I loved that people recognized in their own feelings the words I put out to the universe about NICU nurses. They truly deserve every word I wrote. I’m thrilled that these nurses got some love from the rest of the world (yep-I’m going with world  again). But a cool celebrity blogger? Not even close.

So yes, I’m kind of a big deal. A big deal to a little blue eyed blonde haired boy who has recently learned how to find his nostril with his finger. And to the handsome dark haired man who lives in my house and sweetly overlooked the dent in his car. And to be a big deal to those two fans? What more could a girl ask for? (see, bad preposition). 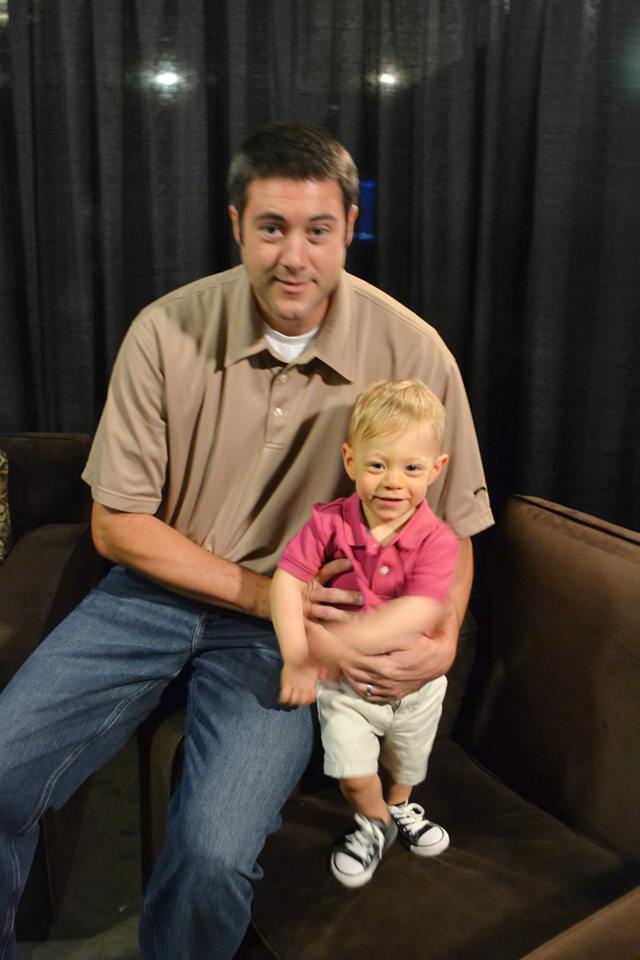 Backstage before we spoke at the RMH event. 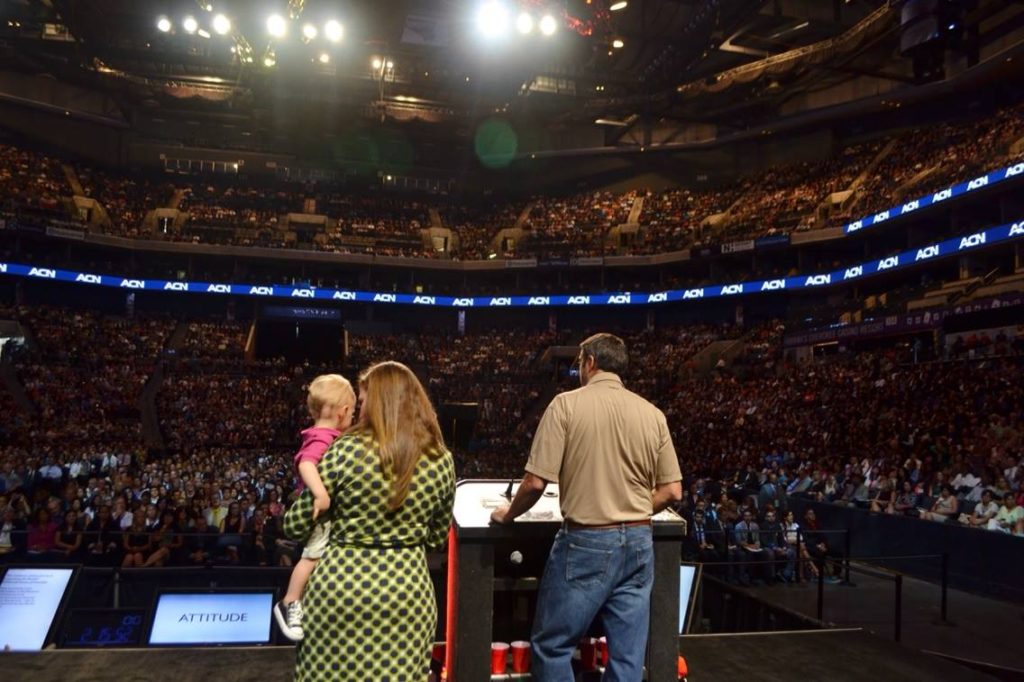 My husband did a great job up there! 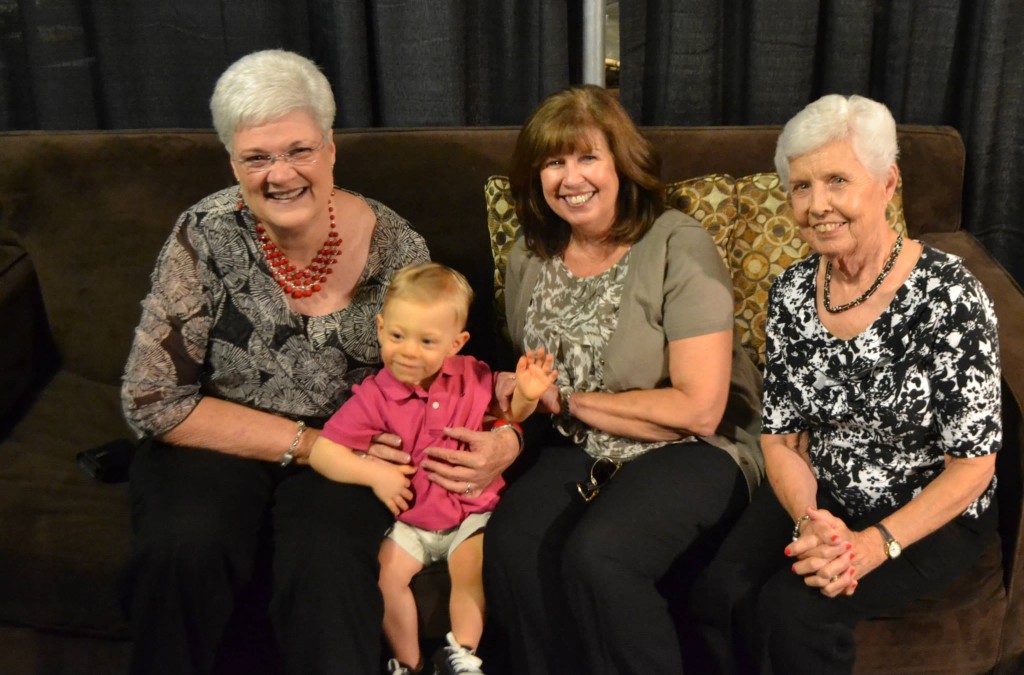 My mom, mother in law and grandmother came to support us! 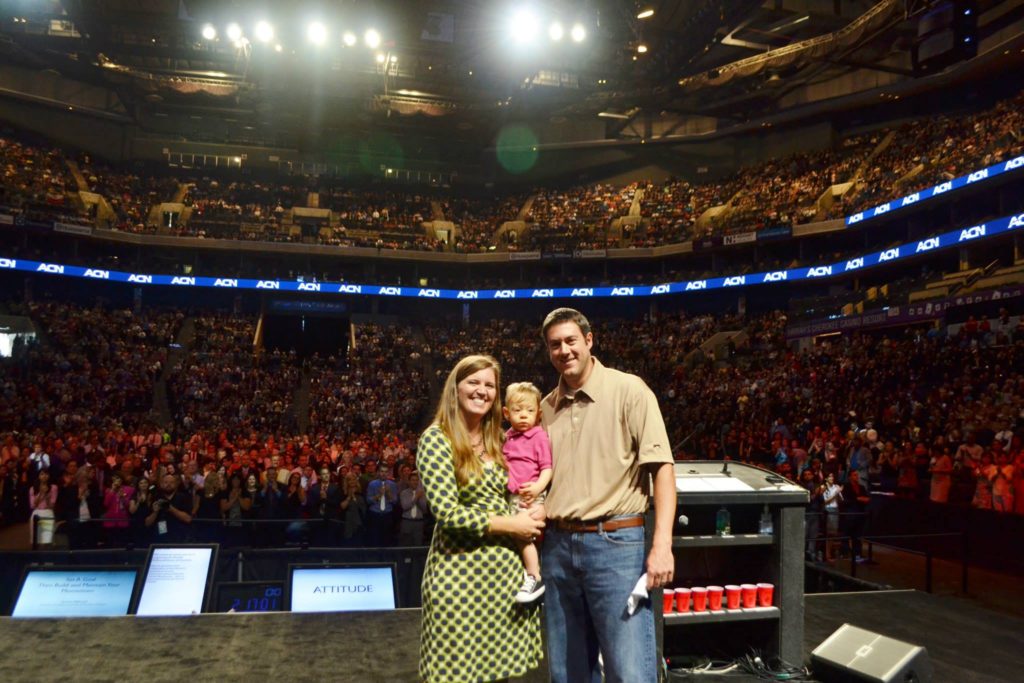 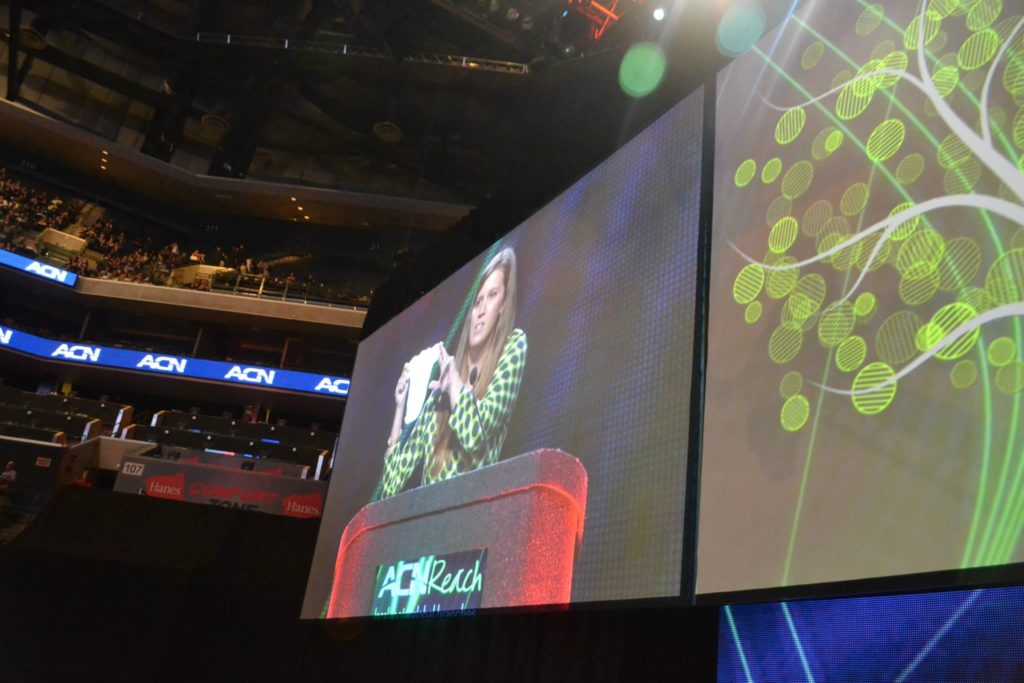 Holding up the first onsie Tucker was able to wear in the hospital. He was 6 weeks old.

For every house is built by someone, but the builder of all things is God. Hebrews 3:4

« Most Popular Post Ever
Statistics of a Preemie Playdate »