We used to be the cool aunt and uncle. The ones that let you eat brownies for breakfast. The kind that played board games in the floor, hosted dance parties in the living room and didn’t make you take a bath. Yep. There was a general feeling amongst the shorter people in our life that the coolest place to be on a Saturday night was Uncle D and Auntie Heather’s house.

We have 3 nephews and 1 niece. And up until about year ago, we still held the title for coolest aunt and uncle. And then we disappeared. At least that must have been what it felt like to our niece and nephews. They ranged in age from 3-7 at the time we had Tucker.  They knew that they used to see us pretty regularly (and boy, were we fun!) and then just like that-we were gone.

They generally understood the concept that we had a baby, but they didn’t, couldn’t really, grasp the gravity and complexity of it all. They prayed for “little baby Tucker” often, but he was a mystery to them. They didn’t really see a lot of pictures of him those first months. A medically fragile baby that is so small and has so many foreign wires and tubes could have been a bit scary for them. They couldn’t visit the hospital. And we couldn’t see them either, to keep germs at bay. It was hard for them to grasp how small Tucker was-“nana, could Tucker fit in here?” one of the nephews pointed to the hood of his toy car. And it was hard for them to understand the idea of the NICU and why he couldn’t come home.

One of my favorite stories from when Tucker was in the NICU, was towards the end. If you followed our story then, you remember that Tucker had to pass a car seat test before he could come home. He had to be strapped in the car seat for 90 minutes without any monitor alarms going off. And he kept failing. We had to wait 24 hours to try again each time. He had failed 3 times. The niece and nephews were praying every day for “Baby Tucker” to pass the car seat test. 4th time was a charm, and he finally passed. When the good news was passed on to the niece and nephews, one of them gave a huge sigh of relief, “Thank goodness! Now, they can take Baby Tucker out of the car seat!” Poor kid thought Tucker had been strapped in for 4 days straight.

When we came home, we almost immediately went to lockdown isolation season. They saw Tucker once-from about 10 feet away. They missed his 1st birthday party (stupid isolation) and we missed all of their respective birthdays. We’ve Skyped a few times (they LOVE seeing themselves on screen). But it’s not quite the same.

In short, we’ve missed them.

They’ve done a lot of growing up. They’re like little adults now-you can carry on conversations with them that are logical and funny. They are coming in to their personalities in the best, most perfect ways. One started kindergarten. One learned to swim. One got to be Line Leader of the Day (after waiting ‘forever and ever’ to be chosen). And one learned all the words to all the songs in ‘Annie’. They ask about ‘Baby Tucker’ a lot, and kept hearing from the adults that “one day soon, you’ll get to play with him.”

Well. “One Day Soon” has arrived. We have, over the last few weeks, been able to spend much anticipated time with our niece and nephews. And they have finally been able to see, touch, hug, feed and love Tucker, who up until this point has been a “special baby” they couldn’t be around.

It has been, in a word, wonderful. It’s been fun and chaotic. And wait for it…normal.  The adorable-ness of the pictures is almost too much. And most important of all, Auntie Heather and Uncle D have started to slowly regain our titles. Only by the grace of ice cream sundaes, m&m’s and playing the Wii.

Things overheard the last few weeks from our niece and nephews:

“For this reason I bow my knees before the Father, from whom every family in heaven and on earth is named.” Ephesians 3:14-15 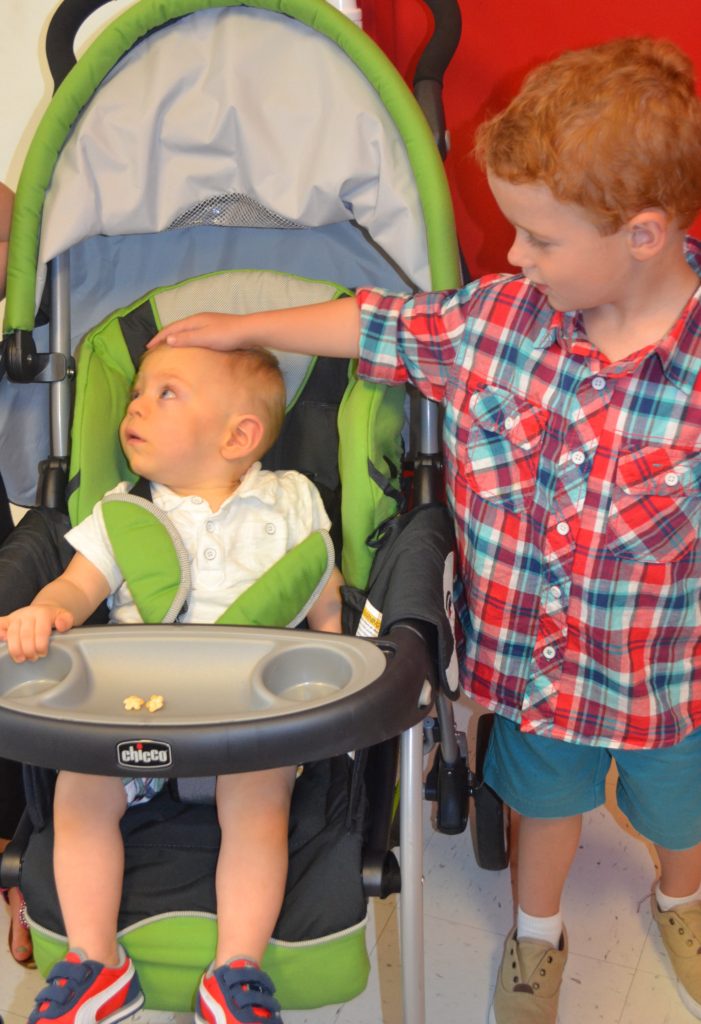 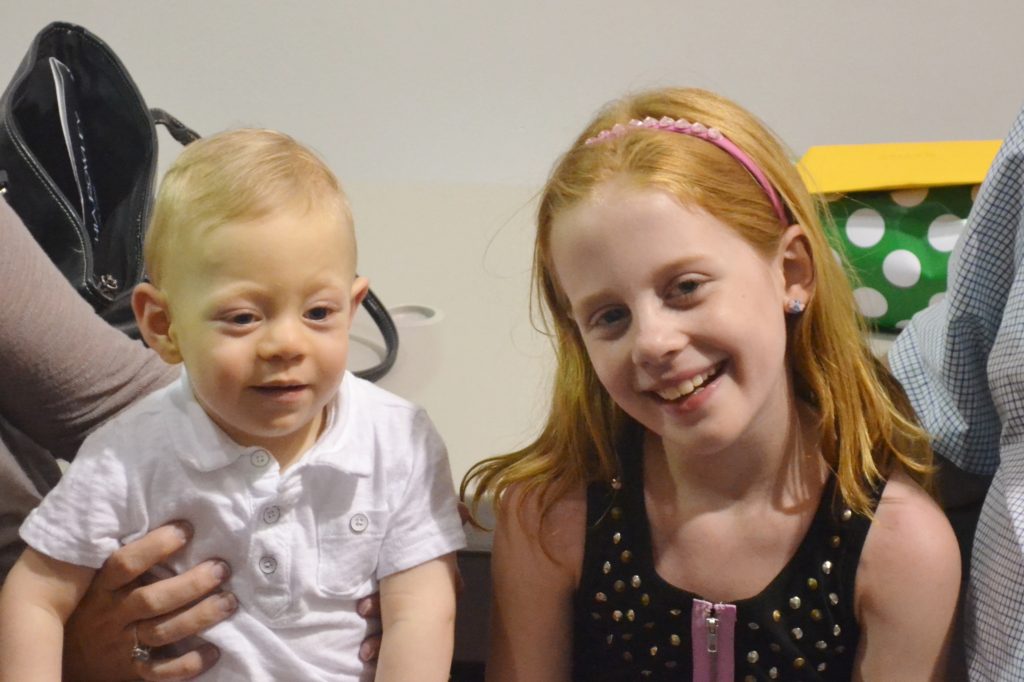 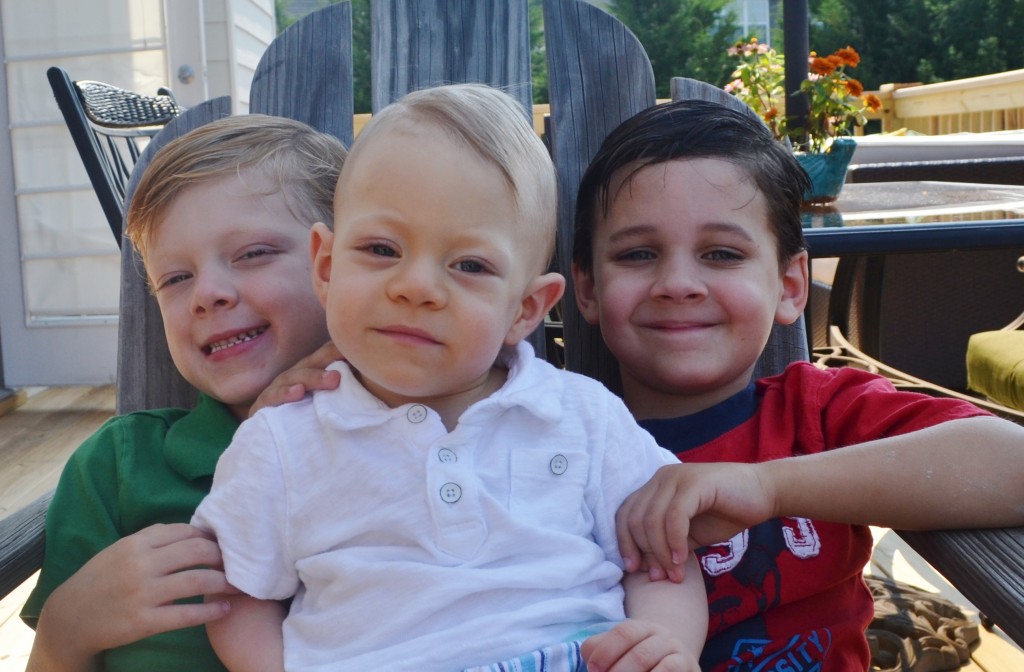 It took a lot of shots to get this. 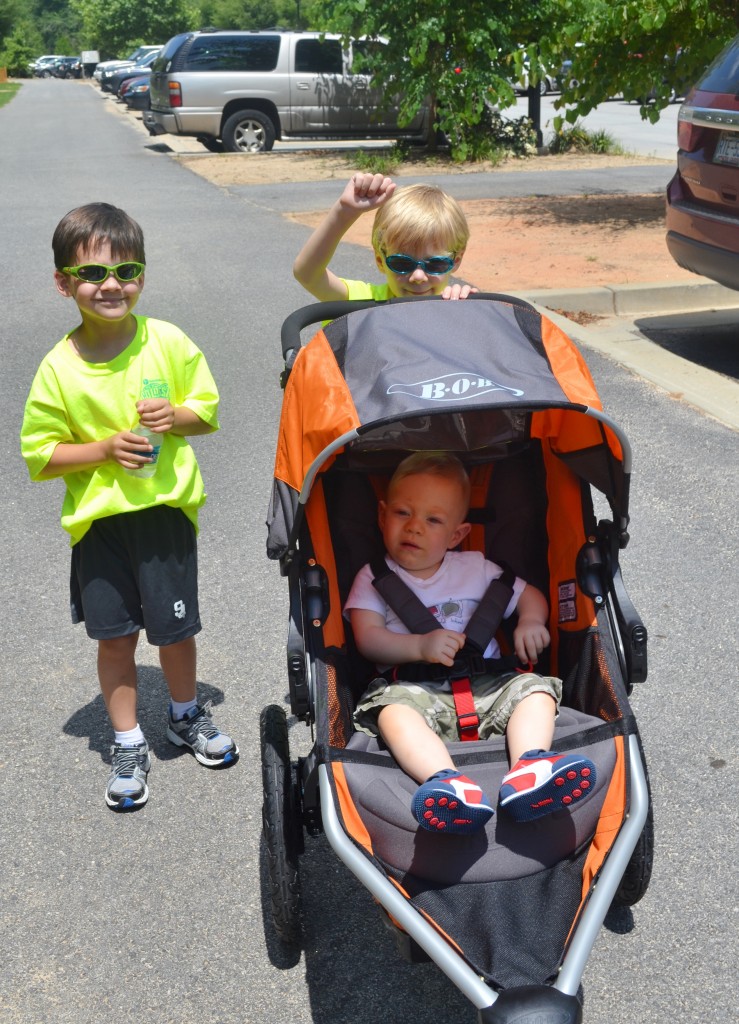 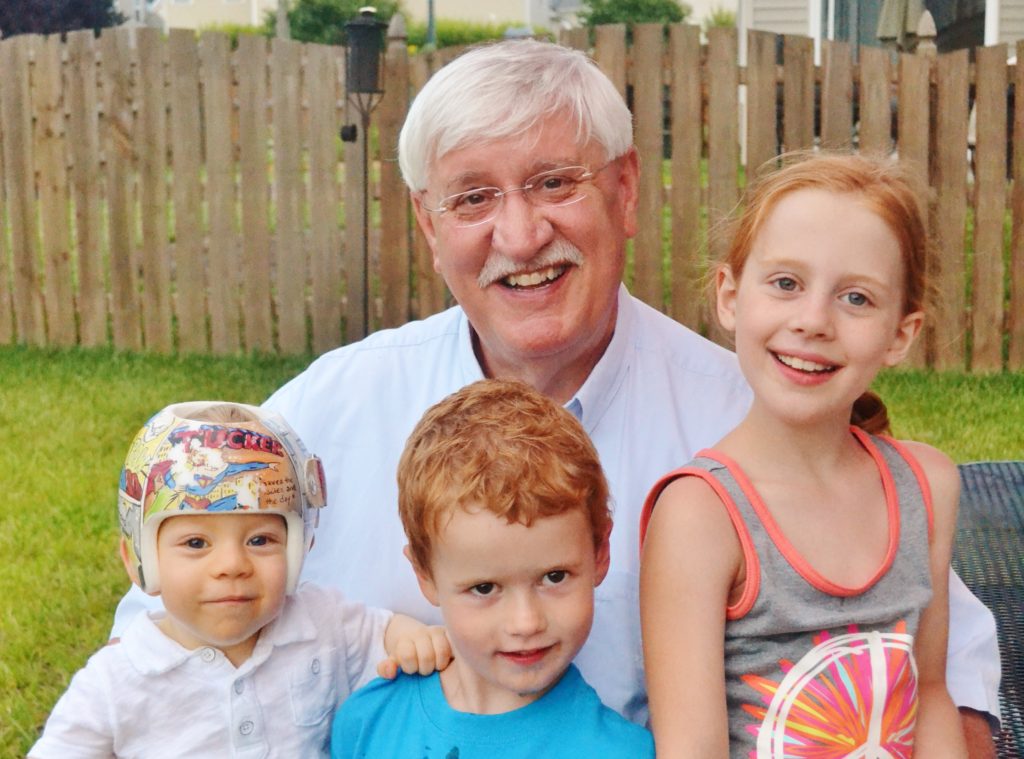 Father’s Day with my dad and their beloved “papa”. 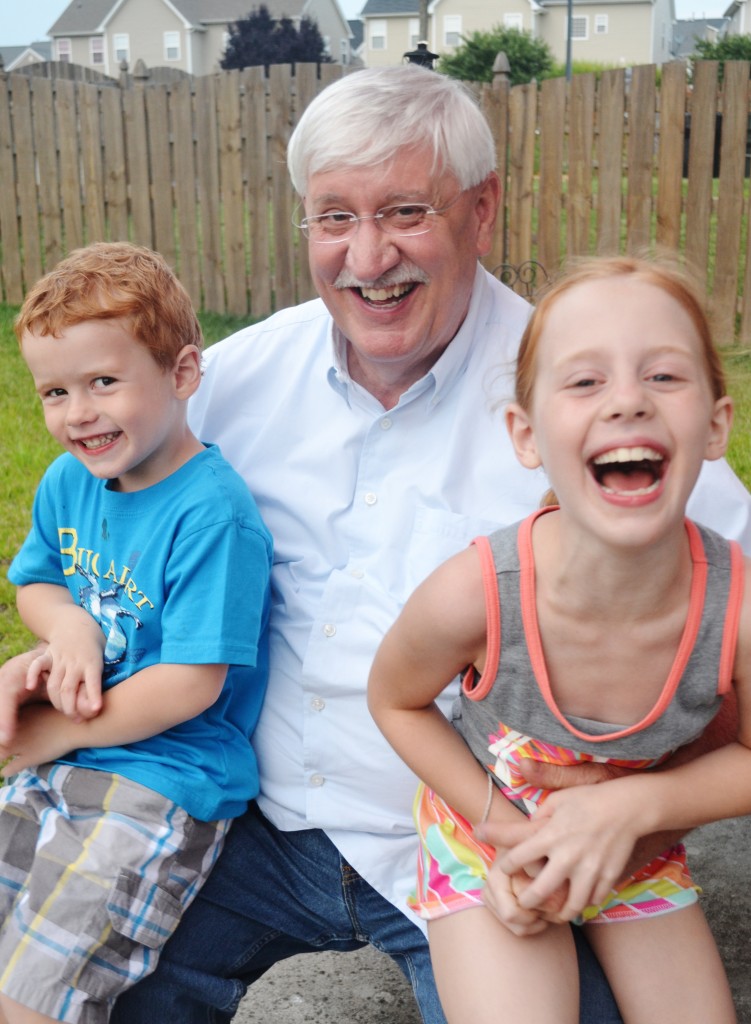 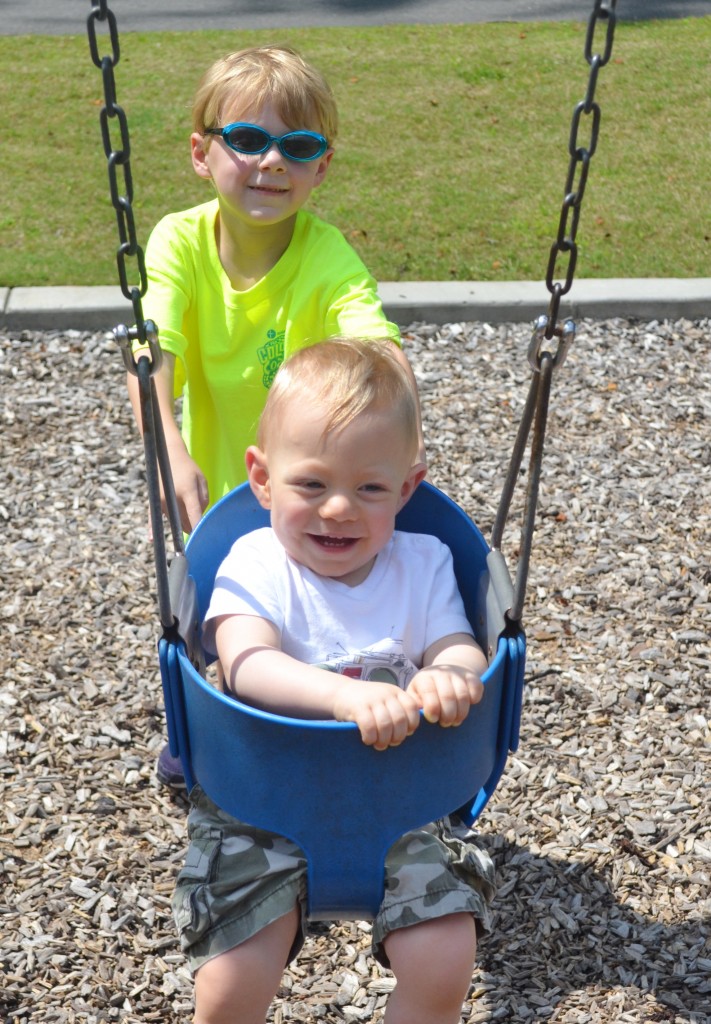 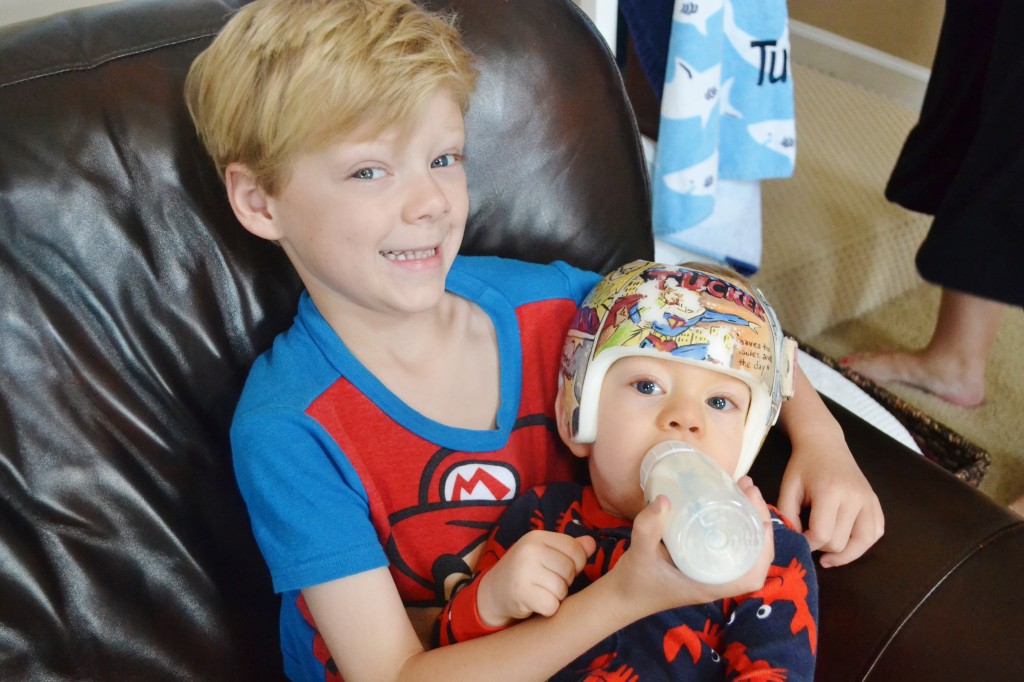 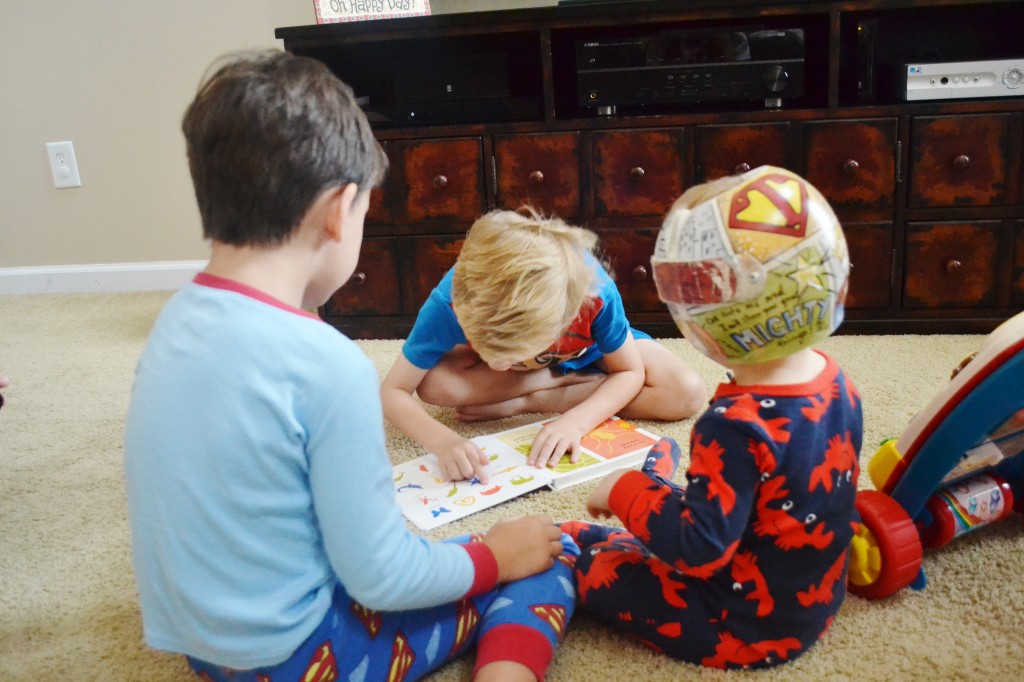 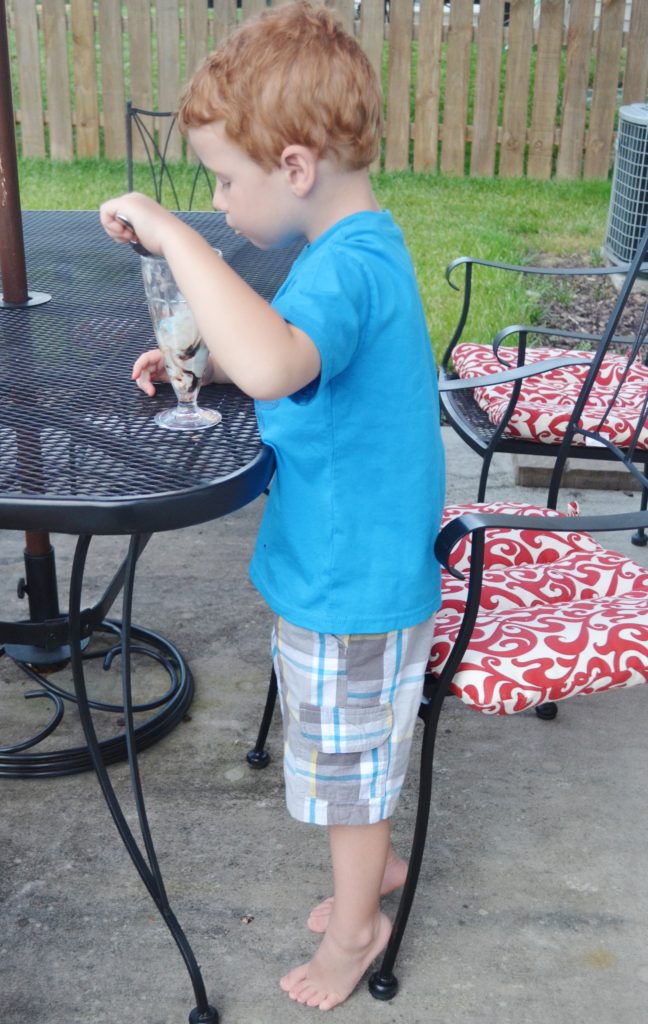 A professional sundae eater always stands on his tip toes. 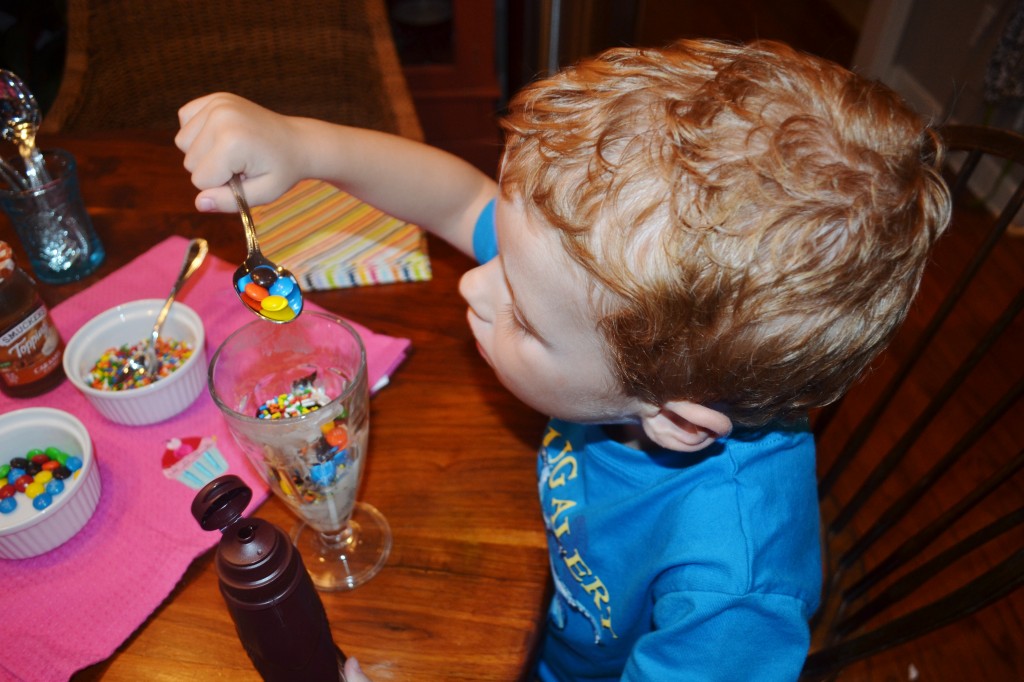 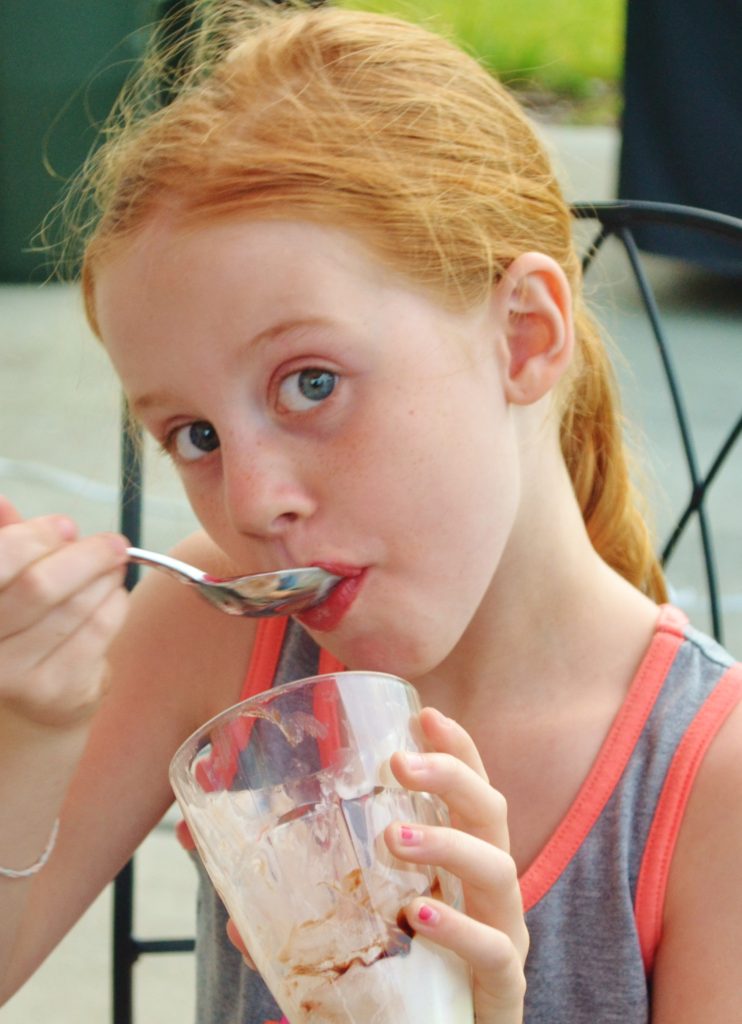 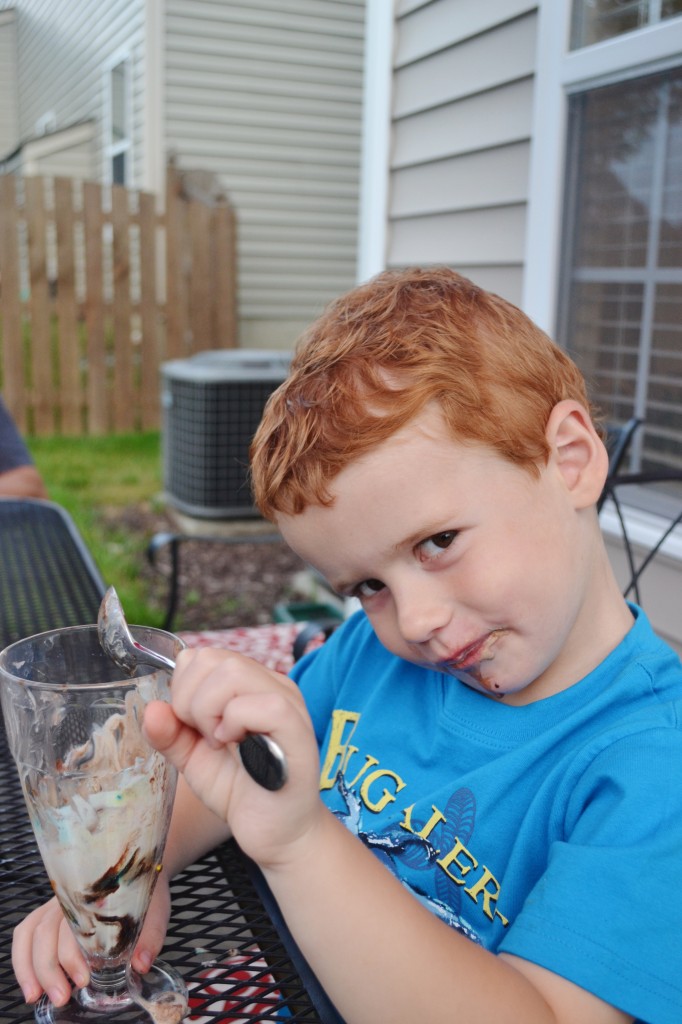 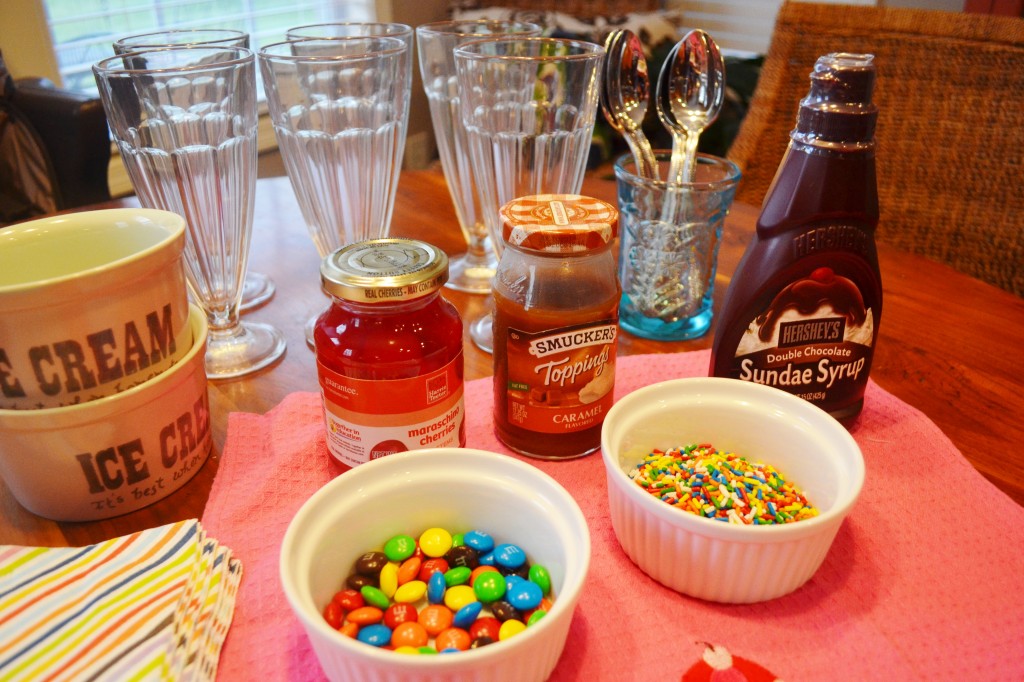 Because, this is what happens at Auntie Heather and Uncle D’s house. 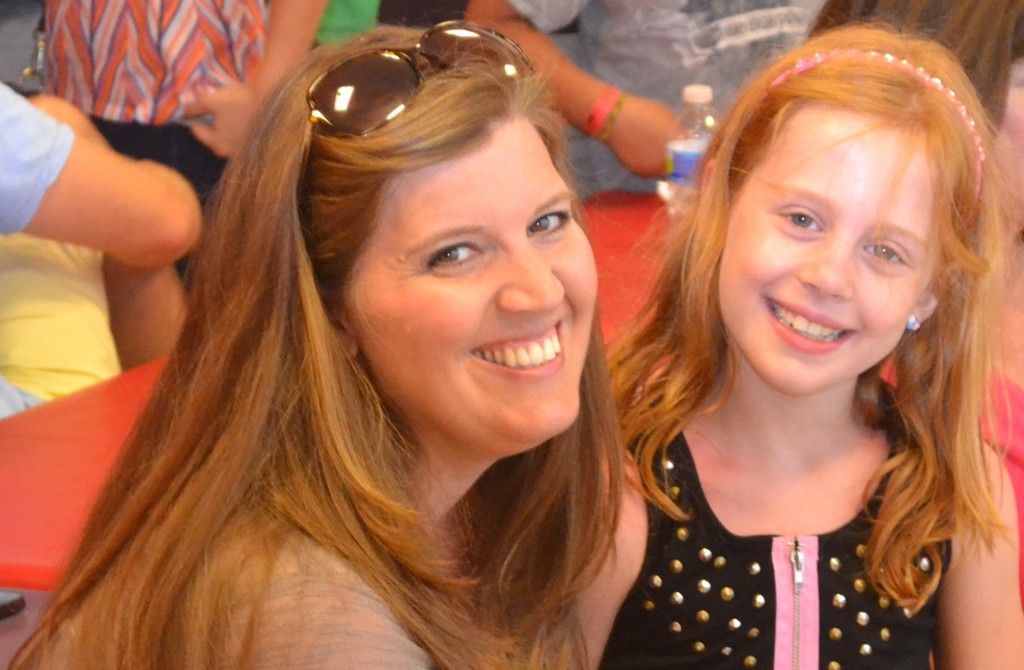 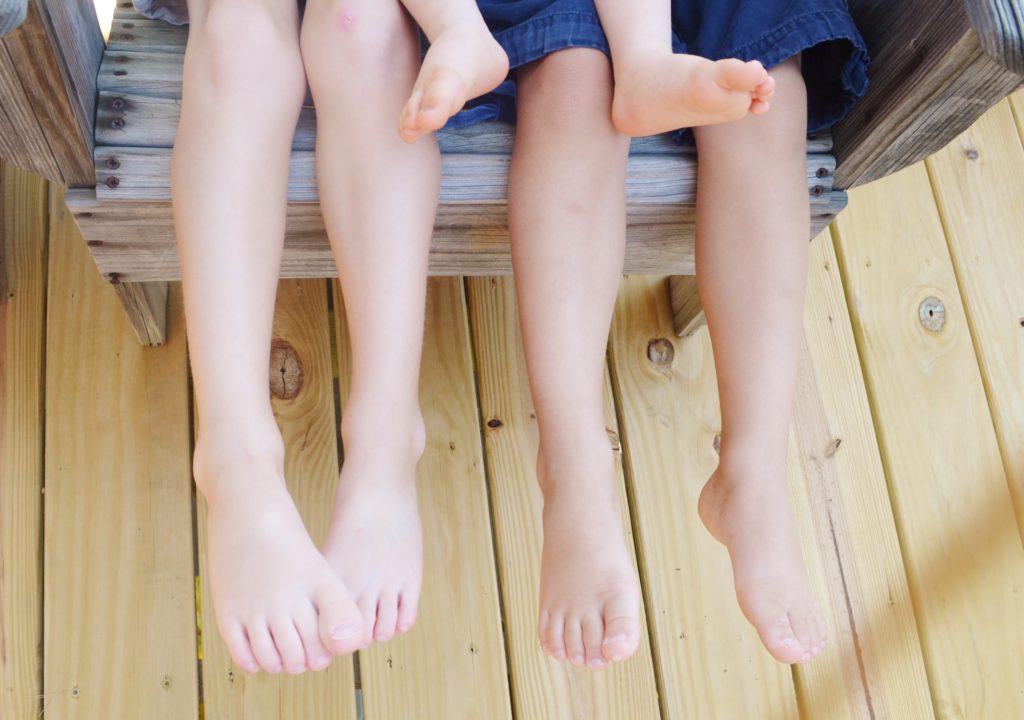 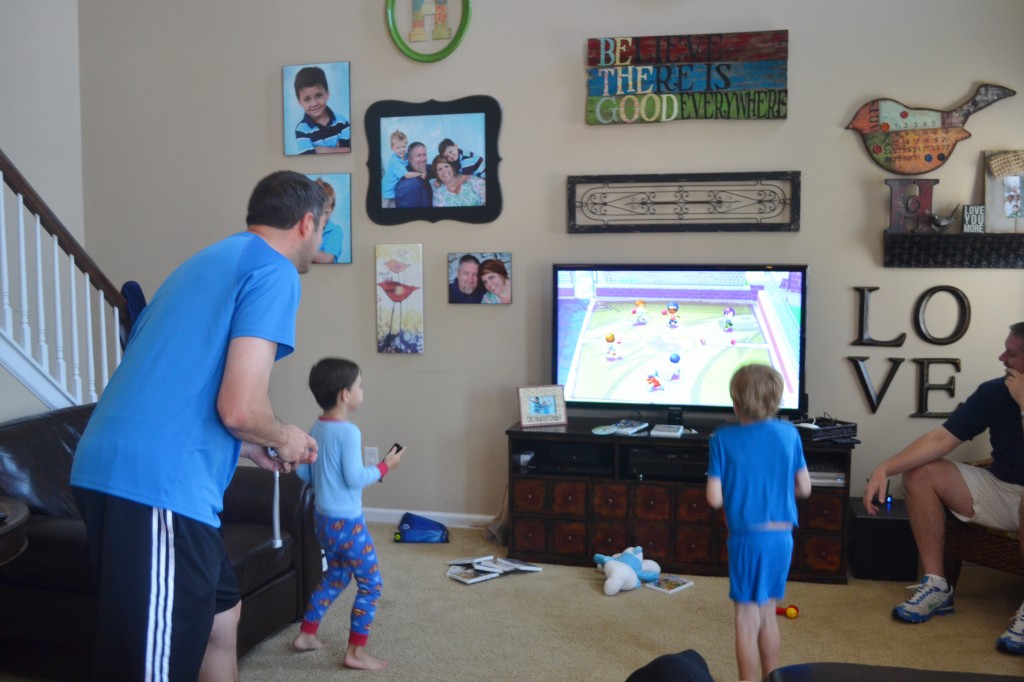 Unlce D laying the smack down on the Wii. 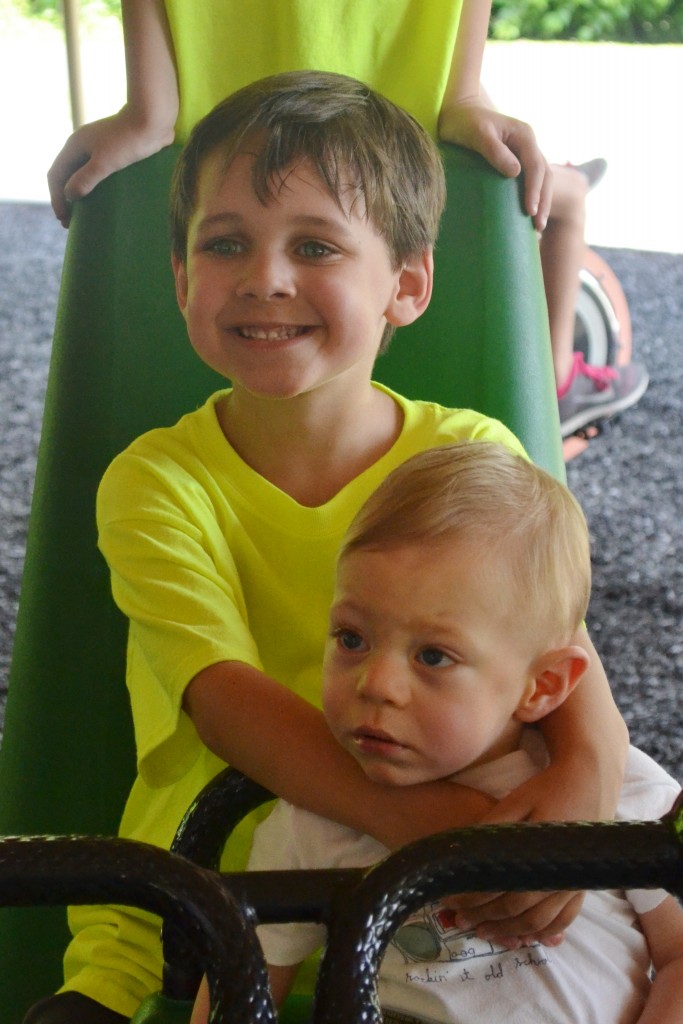 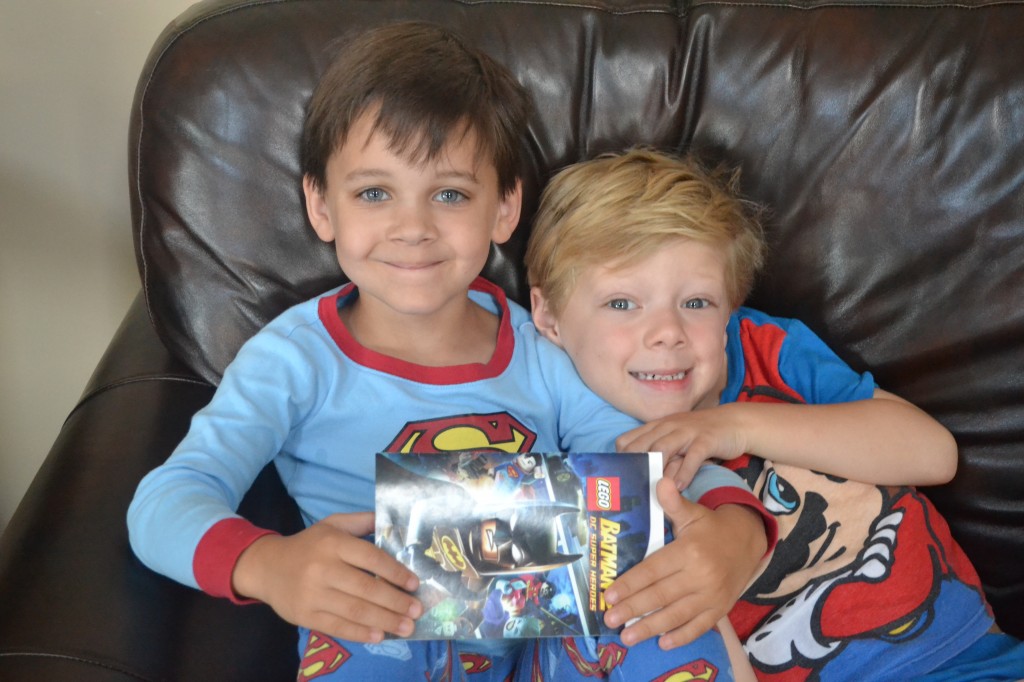 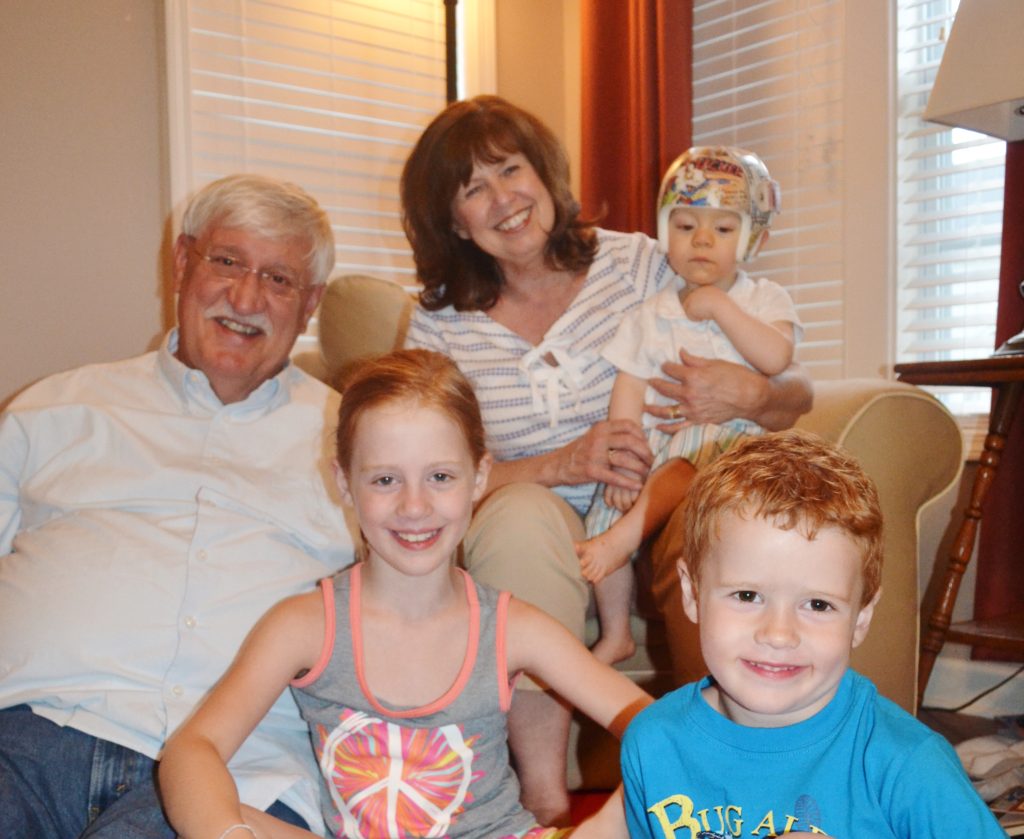 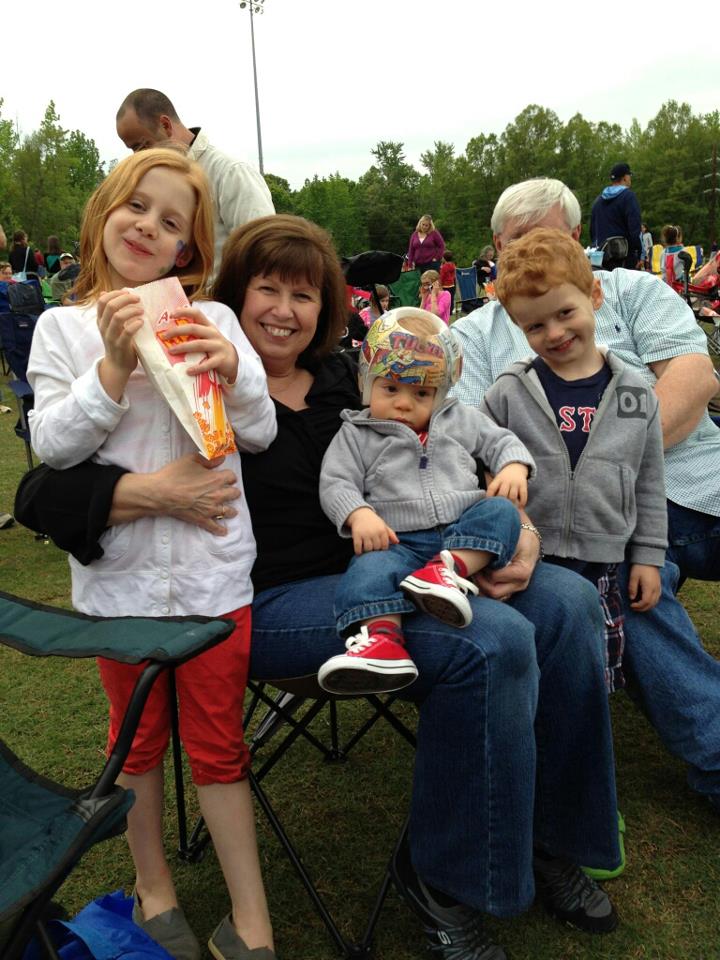 Movies at the Park!