I love fireworks. No, for real. I LOVE fireworks. Last year, 4th of July was THE date. The date that was uttered after almost 4 months of being in the NICU. It had been casually mentioned the week before, at doctor’s rounds, while Darrin and I sat at Tucker’s bedside, like we did most mornings listening to round reports for Tucker.

Wednesdays were “big rounds”. Big rounds, as the name suggests,  included a big group-so many in fact, that they couldn’t all fit around the baby’s bedside. The group included the neonatologists, respiratory therapists, nutritionist, pharmacist, lactation specialist, physical therapists, social worker, charge nurses and nurse practitioners. We learned during Week 1, that rounds started at 8:00 every morning, on the ICU side. The neonatologist or nurse practitioner would report on the baby, throwing out numbers and stats for the baby from the last 24 hours (feedings, brady/apnea events, bloodwork results, urine/stool output, vent/CPAP/flow settings etc..).Primary nurses chimed in with more info, and the group would confer on what changes should be made for the next 24 hours.

We also learned that you didn’t want to be first up on rounds. Rounds started with the sickest babies, the ones who had the worst 24 hour period. There were several mornings, that we turned the corner after scrubbing in, to see the group headed to Tucker’s isolette, or already there at 7:59. Those were rough mornings.

So, on that week before July 4th, as we listened to rounds (that were thankfully much later now that we were on the Special Care side!), the nurse practitioner looked at us and said, “Well, how do you feel about celebrating the 4th at home?” Home! And so, July 4th was slated as Tucker’s discharge date. We couldn’t wait. We laid out the red/white/blue striped outfit. Darrin started putting the swing together. And the pack n play. And the stroller. How totally perfect that Tucker would gain his independence on Independence Day. It was like this was scripted perfectly for my grand theme! And you know how I love a good theme.

And then Tucker kept failing his car seat test. He started having brady and apnea events (which we thought were done). And just like that. Discharge date? Gone-zo. I can’t tell you how many preemie parents I’ve talked to who had 1, 2, 3 or more discharge dates that came and went. The nurses have a saying for these little cantankerous beings-“Never Trust a Preemie.”  So, on July 4th, we watched from the 7th floor of the NICU, as the fireworks burst from the uptown skyline.

But 365 days have passed since that day. A new discharge date was set. A new outfit was laid out. And Tucker’s been home for almost a year. So much has happened since those last weeks in the NICU.

I didn’t get to see a grand fireworks display this year either. I did, though, sit with my husband in our driveway after a full day of celebrating this great country. And in between watching neighborhood fireworks, eating home made strawberry ice cream and swatting gnats, I caught glimpses on on a video monitor of a perfectly content, sleeping, healthy baby boy. And it was way better than any spectacular fireworks extravaganza I will ever see.

Tucker has had a ton of “firsts” in this week of festivities! Here are some of our favorites: 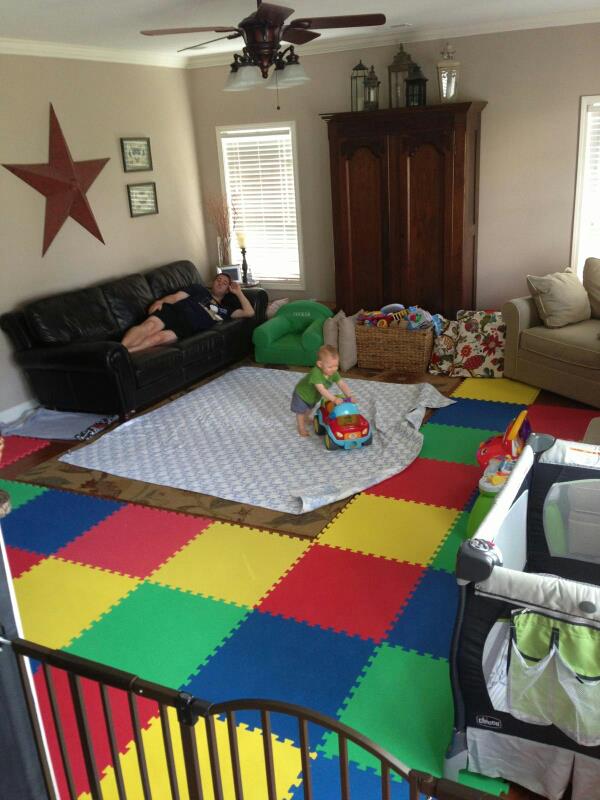 First week without a helmet! We’re officially helmet free and perfectly round headed. There are no foam squares left in any home improvement store within a 30 mile radius. 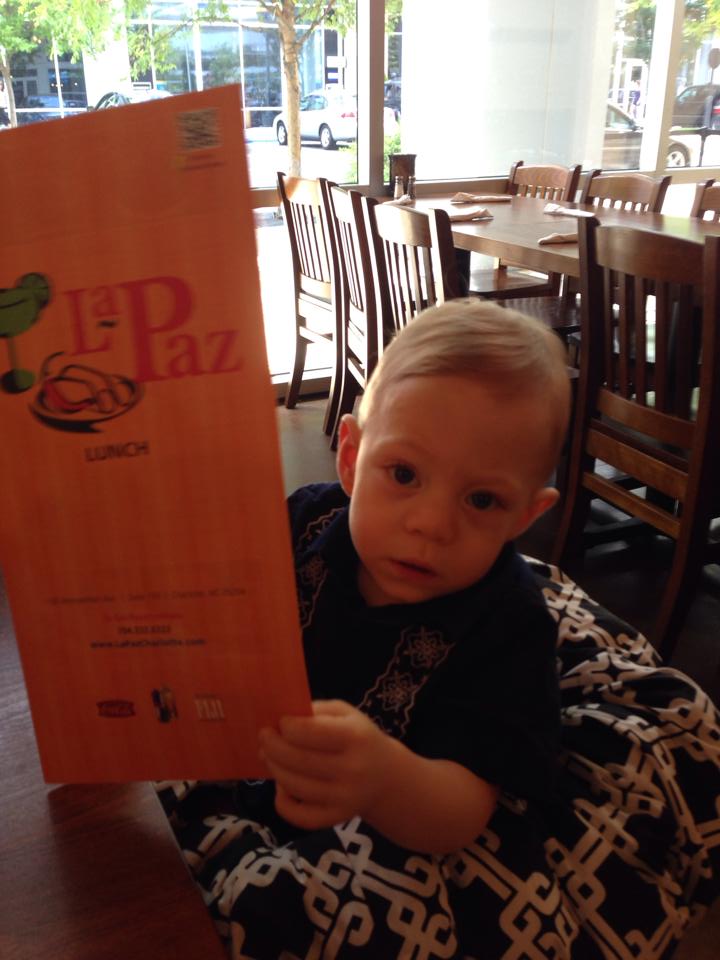 First time to a Mexican restaurant. We had lunch with two of our wonderful primary nurses. 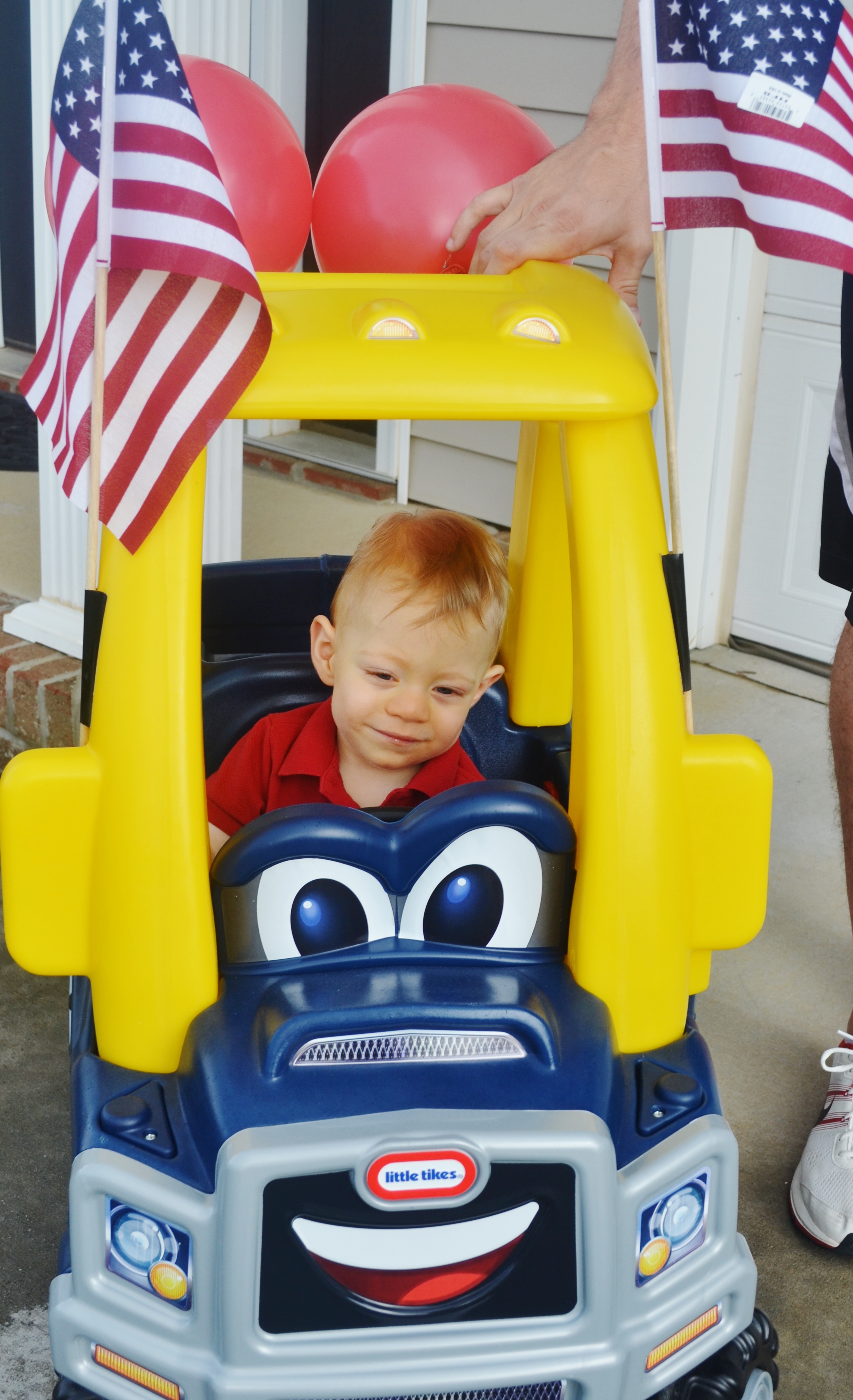 First parade. Our neighborhood had a July 4th parade. So we tricked out Tucker’s ride and showed our patriot pride. 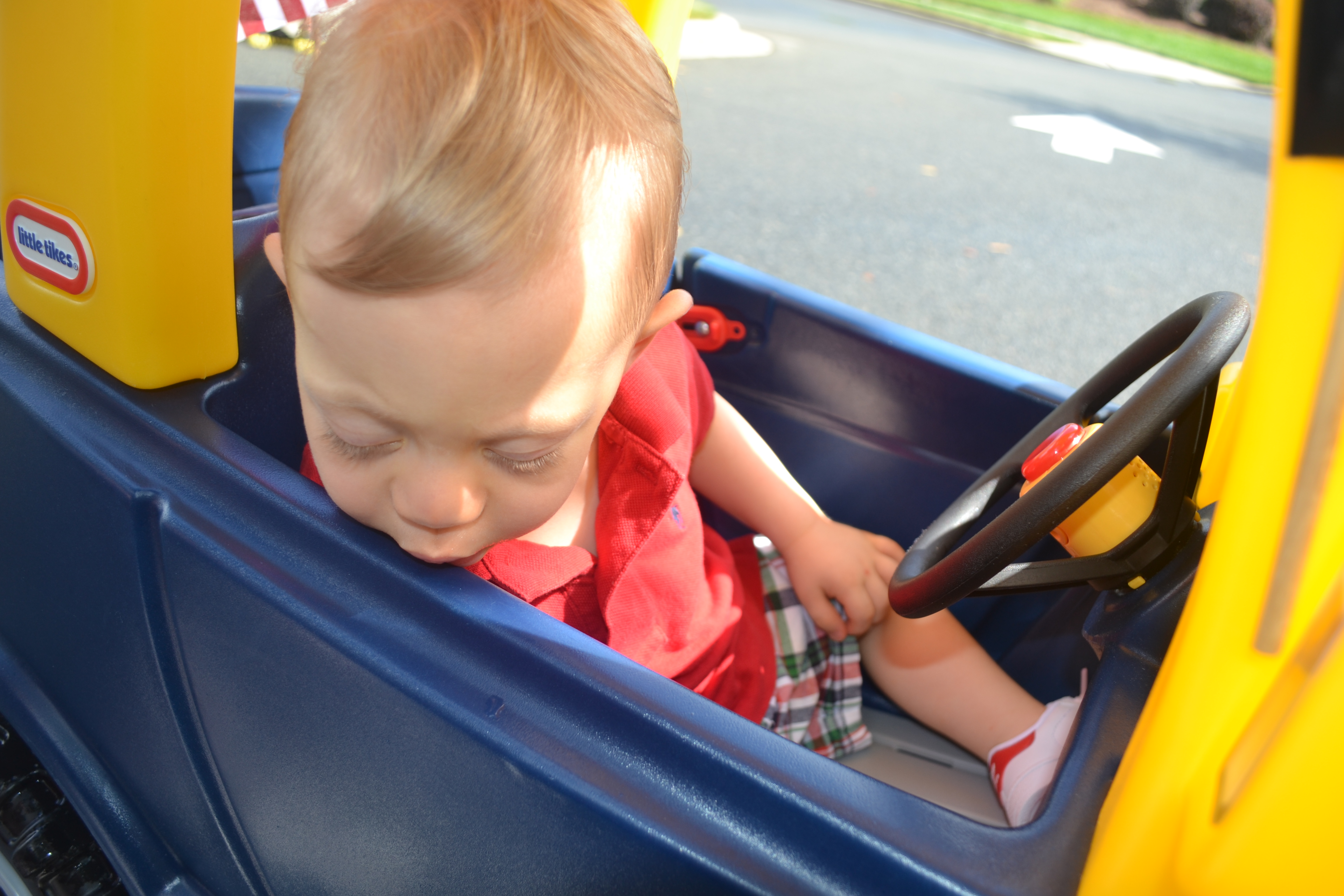 The parade was maybe 1/2 mile total. This is what we found at the end of the parade route. Tucker, asleep at the wheel. It was just too much. But so fun. 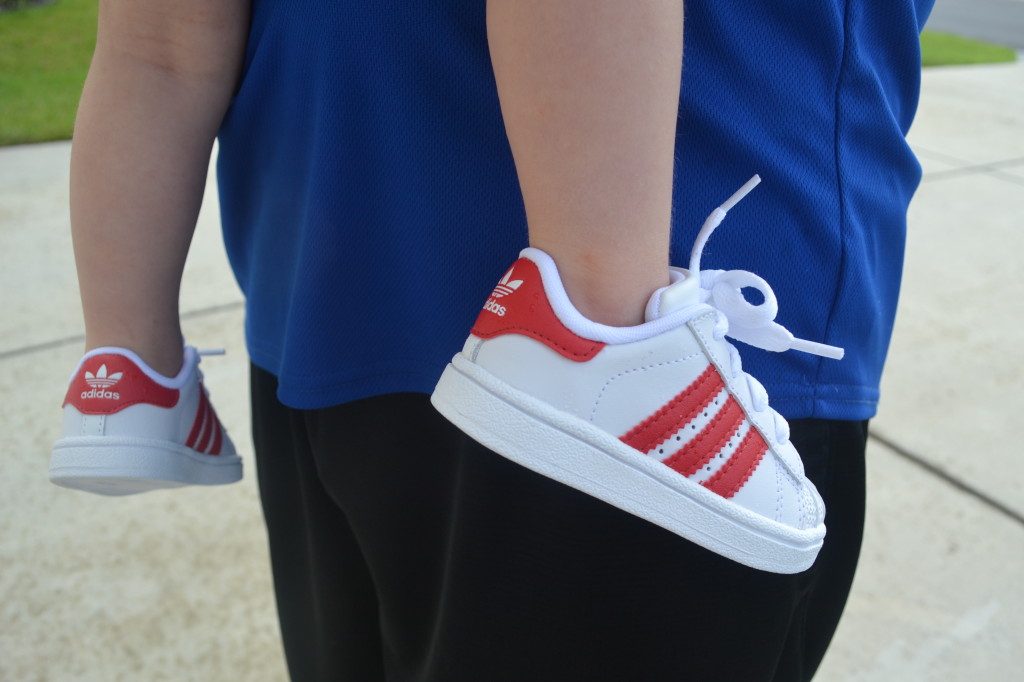 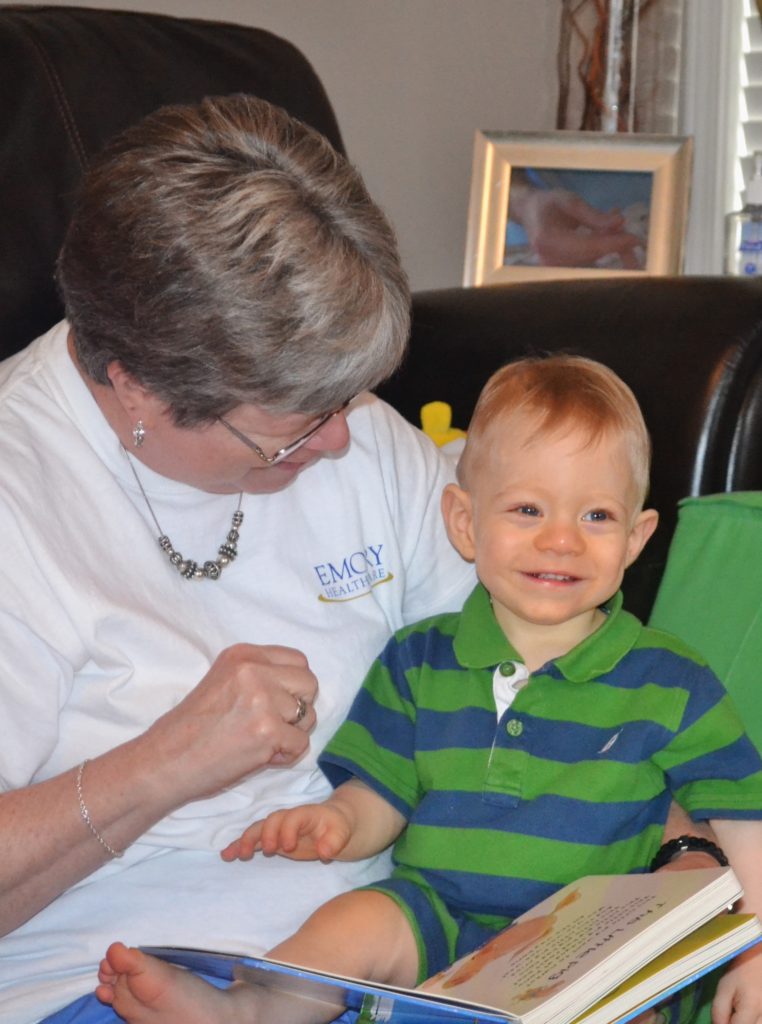 First time meeting Aunt Pam and Uncle Chip. Pam is Darrin’s dad’s sister. She and Uncle Chip not only prayed constantly for Tucker, but had a minimum of 3 churches in Georgia, where they live, praying constantly. It was great to finally introduce them to Tucker man. 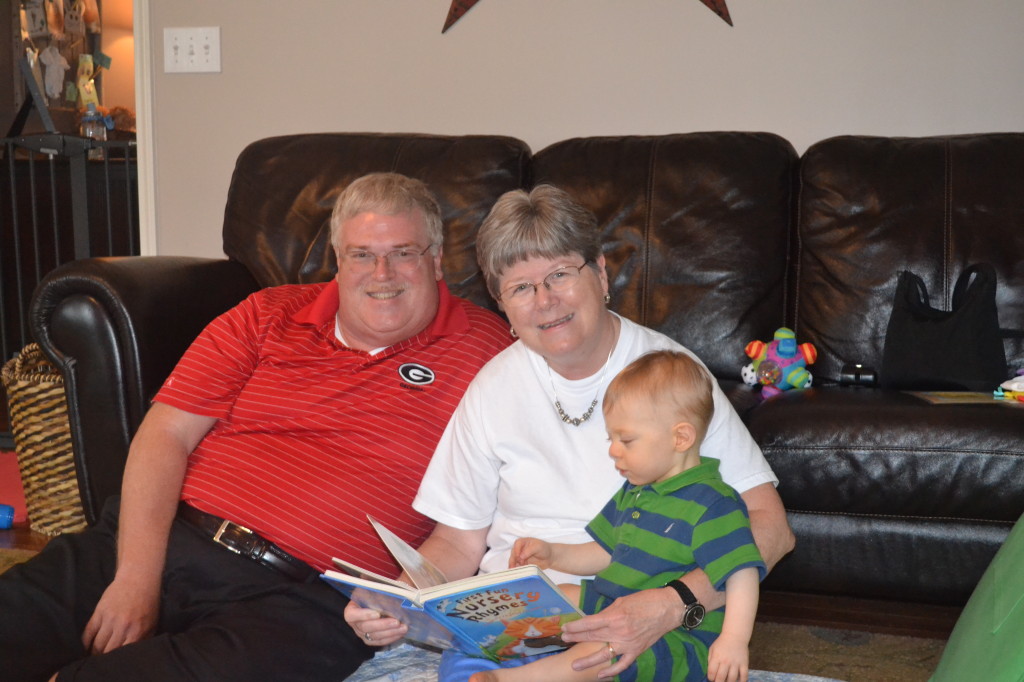 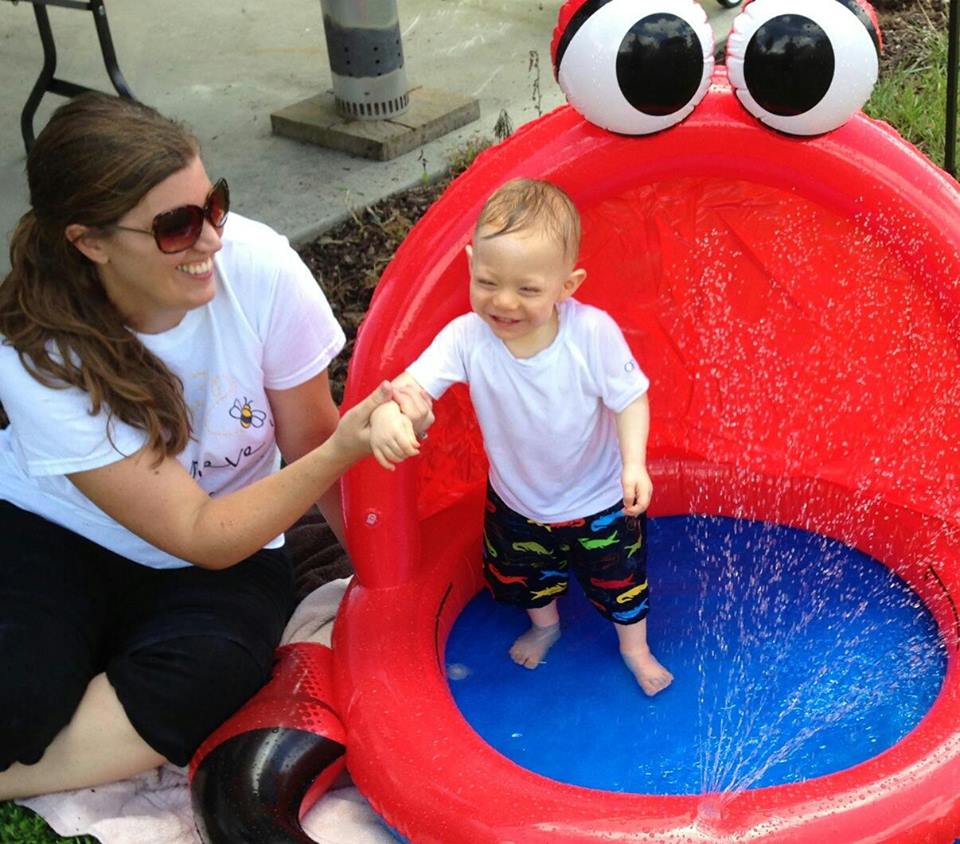 First time in a pool. He wasn’t sure about this at first and kept climbing out. But, as you can see, he warmed up to it! 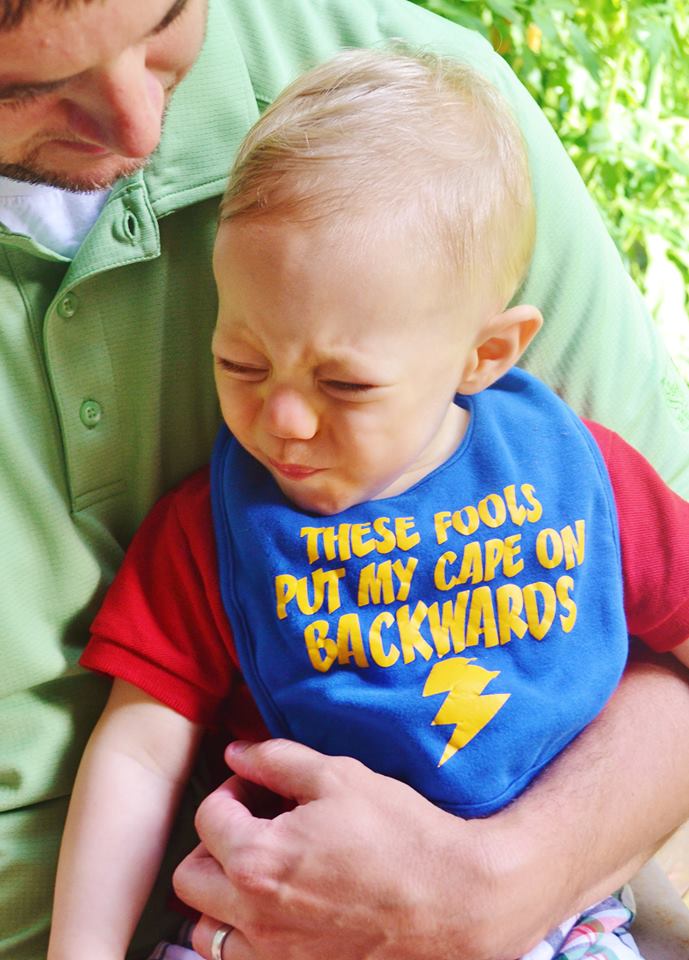 First time trying ice cream. He hates cold things. But he better get on board. He’s a Hucks and ice cream runs deep on both sides of this family. Get on board, kid. 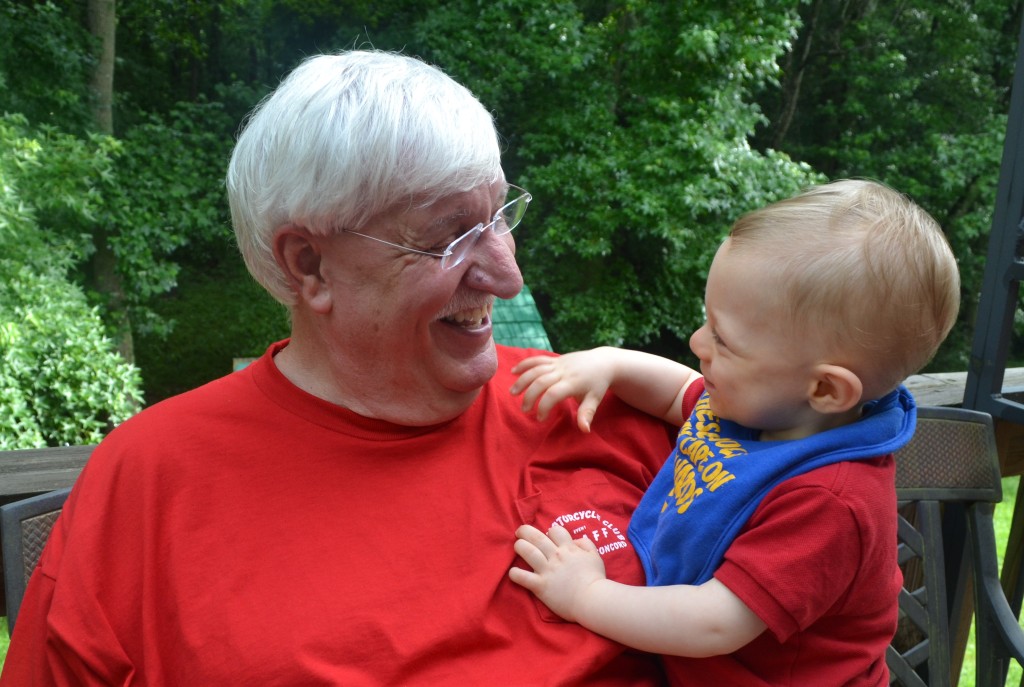 First 4th of July picnic! We had a fun night with my parents, grandmother, brother and Tucker’s cousins. We had a great time! 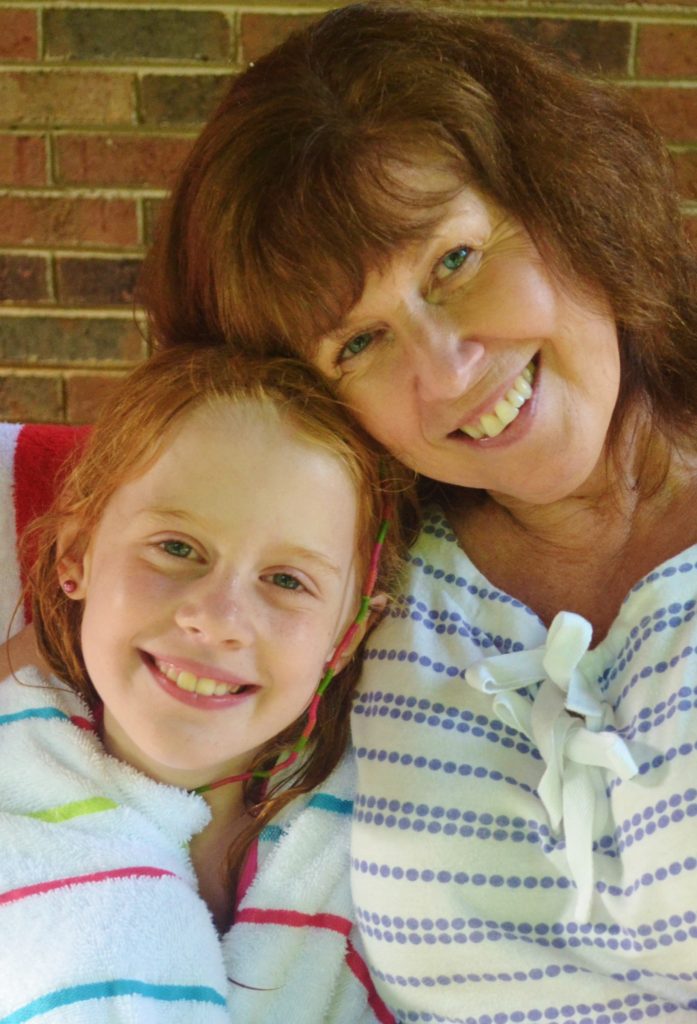 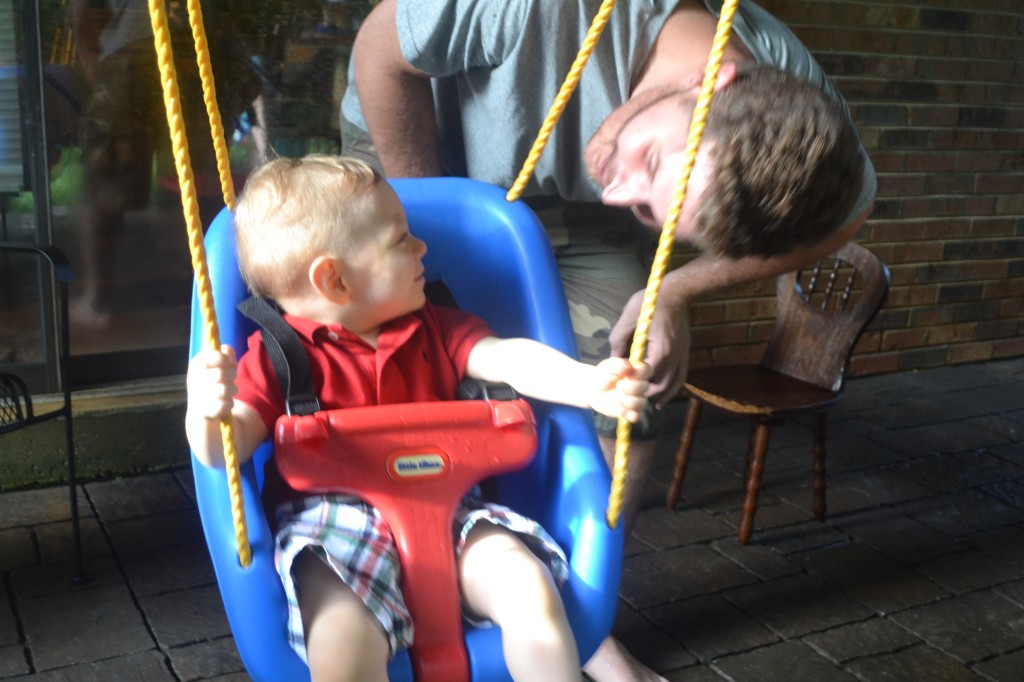 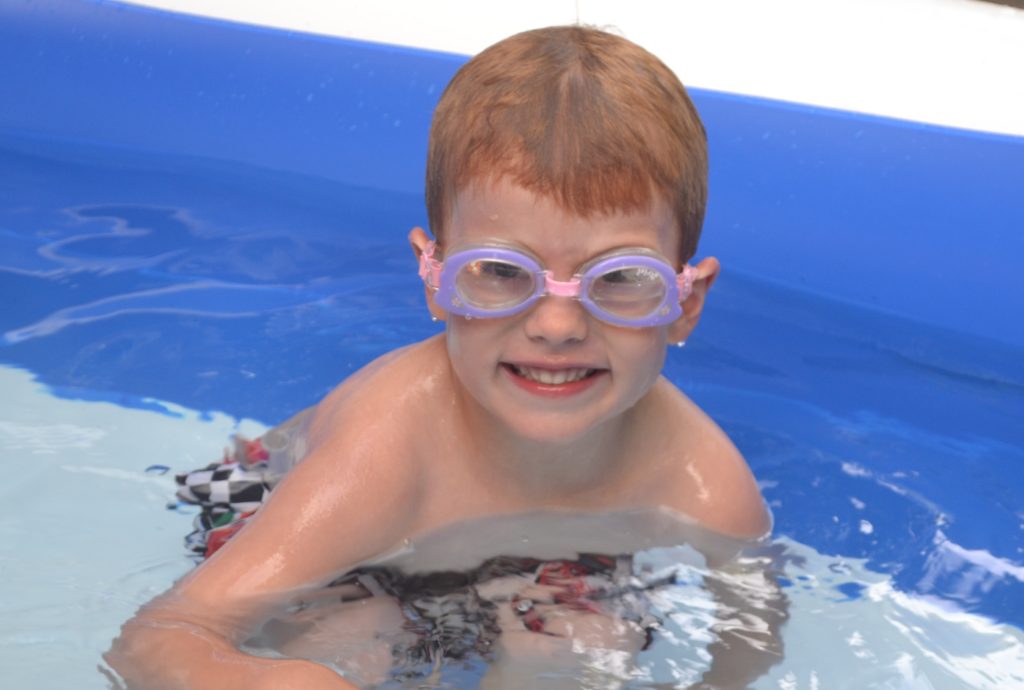 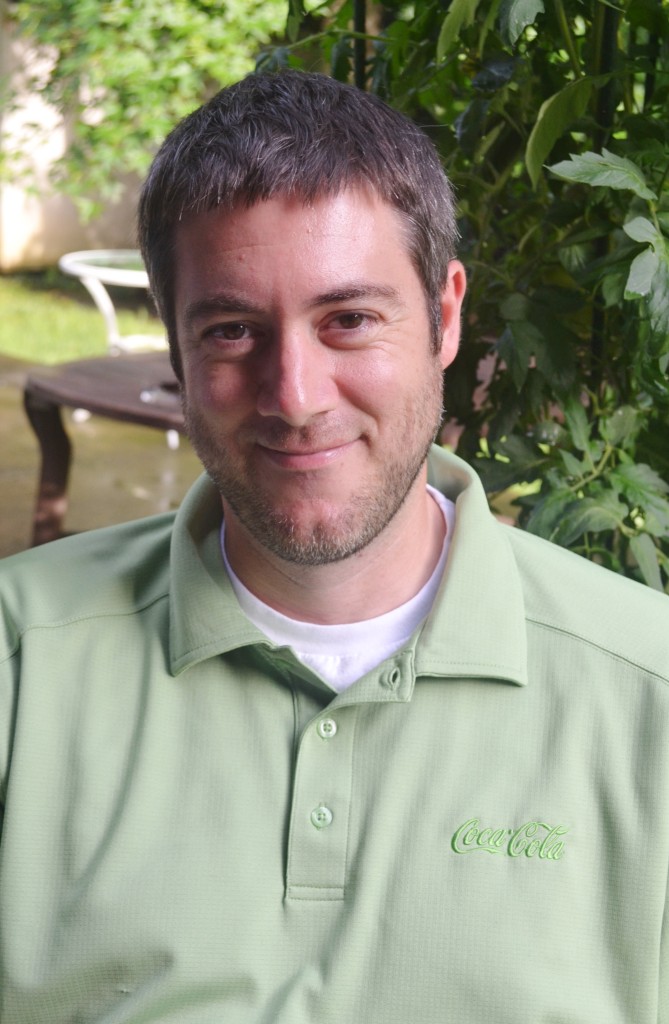 The captain of Team Hucks 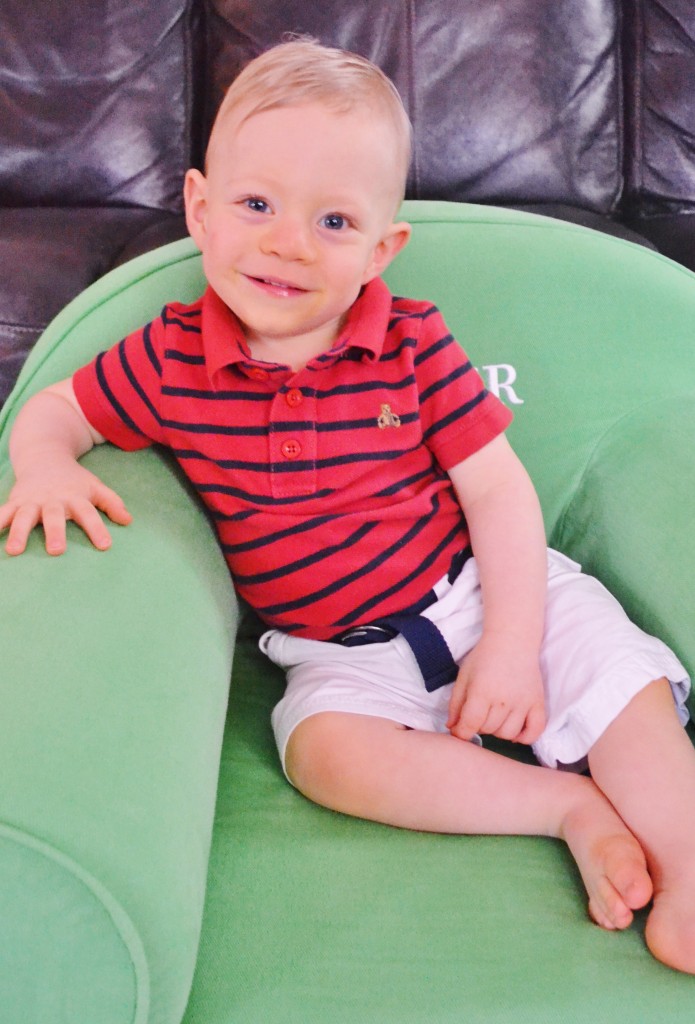 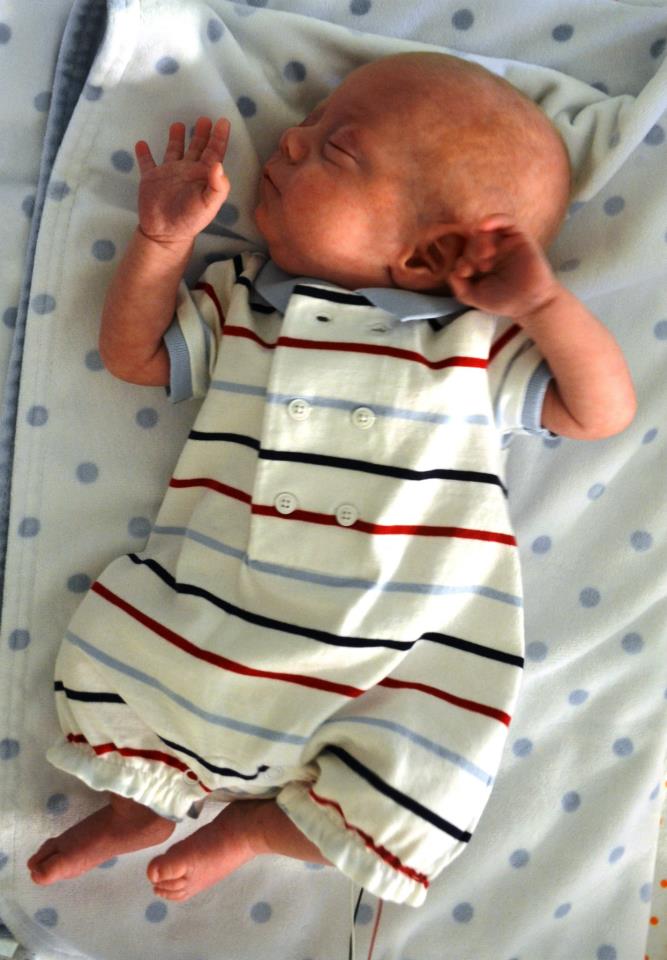